lol, look at these two guys, you can almost hear them saying, ooohh baby!!!

This photo and video are of two male slipper lobsters, the two tiny ones at the back of this rock I didn't include in the short video that are there for her as well.
They have all sensed/smelt the large females hormones she emits a mater of hours before her shed as do the males while hiding in this little cave because now she is a target for predators that have smelt/sensed her signalling hormones.

The males shedding hormones don't respresent a female needing to be fertilised, but the same predatory attraction happens to males as well.

Its a tight window for the guys, her shed, that is through a gap that forms between the head/carapace and the tail, is skin that appears in every way the same as the original body shell, if it was perfectly intact, bar its hardness of course, will be hardening/calcifying with in a few hours, so once she sheds, the guys will fight over her and need to move fast! lol, to them, she is a hot and ready big girl! lol.

She will shed tonight and the subsequent burst of shedding hormones amongst the mucus that helps her get out of that shell will be full on and dangerous for her, this pic and video were taken around 11am, of course she may not make it, there are two wobbegong sharks near by waiting as well that have sensed her hormones the same as the male slippers and many other predatory species will be ready as well.
photo 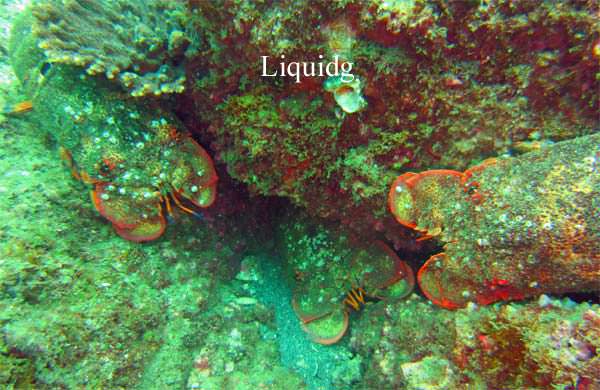