This is most likely far beyond most folks comprehension that are not use to the oceans mechanisms!

Life lost through our auz fires is very sad, well in many areas especially SEQ,we finally got rain through out the evening of January 17.
There has been heaps of rain in South East Queensland in Australia, in fact our gold coast has received a one in 100 year down pour of around 300 mills.
https://www.goldcoastbulletin.com.au/news/gold-coast/gold-coast-emergency-dangerous-flooding-and-a-call-to-stay-indoors/news-story/f86380361f1794a2399840d8c1da0ed9

But!!!!!!! with that much rain hitting in such a short time frame, we have lost and are loosing, maybe many tons of beautiful marine life species!

When the rain happens this fast and with such volume, the salinity from around 100mills of rain or greater in a 24 hour time frame, will bring on a severe drop in salinity, for the close in reefs and especially our estuaries that are usually totally salt water, near all life will die from that rain!

Yes the flat head will be fine, the bream will be fine and a few very hardy wrasse and so on will take it on the chin and survive, but that say 6 percent of life, is all that will survive!

In South East Queensland we rely on a breeding pattern to supply our reefs, estuaries and so on with new life, more so beginning from late August to weakening around late November, this is when the east Australian current is jammed full of life at their planktonic stage of life, most are transparent then so they can feed in and off the other plankton as the current moves them along.
We will loose so much that came here as planktonic life and near all marine life starts that way.

For saltwater aquarium keepers and reefers the cheatodons and similar are first, in September they drop here and grow in their new life and home, then wrasse, then larger angelfish species and so and so on.
Some have herd the sounds of reefs or are too big to be in the plankton anymore and have made their way down and some soon after have started to show them selves as very cute little fish, shrimp, and lobsters and corals and all that life that was tiny or transparent.

Many hold back and are too small to show them selves yet as predators will get them, those we will never be seen now, as they will all die slightly slower then most of the inverts, that die much quicker!!

We had a lot of strong winds in October/November in 2018 and anything that blows hard from the sea to the land, during those times, bring with it the  saturated with life surface waters, which is at that time, the larger angelfish are coming past out off us as tiny life in the east ausy current.

So this season, that was going to be a year of the angelfish, not now!!

You could see this coming, we had an intense Eddie just out off us in the ocean, an eddy is a spinning current that upwells the cooler deeper waters high in nutrients and then a low moved near it and then headed into to shore, then we got life saving rains, that have and will kill tons beautiful life!!

This was just down from the end of my street, I live in the Redlands, sort of the Bay-side of Brisbane.
This is before the rains 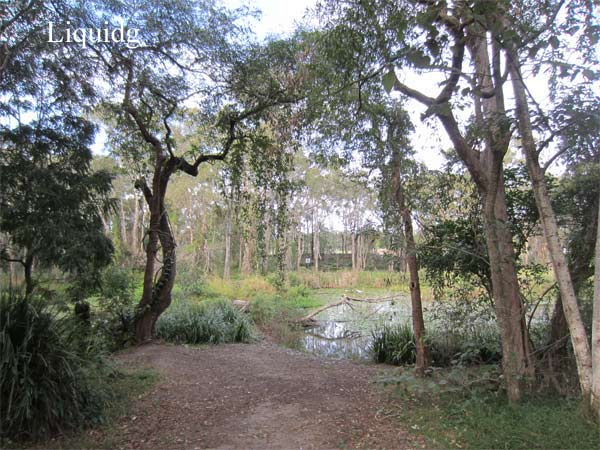 This was morning after the heavy rains. 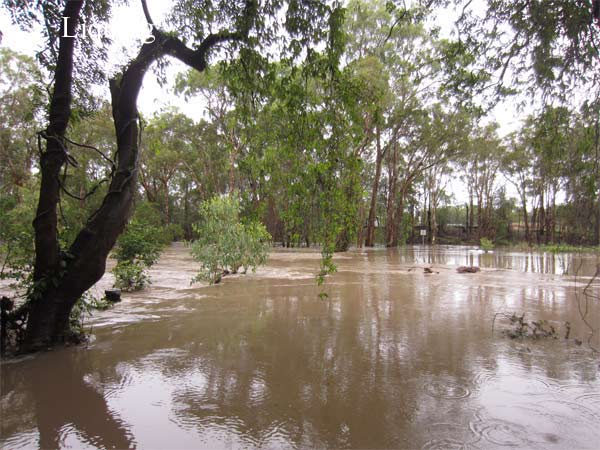