They didn’t want to come out and do the quote, just send in a plan and they will quote off that and the Kitchen company we have dealt with in the past couldn’t do the job yet, so stupidly we went with the builders cabinet makers, Dale Kitchens.
I asked them to come out and check that it was all fine and the measurement they had for the laundry they had concerned me, there measurement wall to wall was 150 out already, it was wrong and they originally did the cupboards for our new home! So i sent in a detailed plan to them and called them and  told them the size of the sink/cabinet already there and my wants and that was that!

The installers came out and as they got going i had already seen a fault in the cupboards!
The 50 mill for the space between the end door opening and the wall was not 50 mill as i told them, it was only 20 mill?

I told the guys why it was supposed to be this way so they checked their plan, that plan was different to what they quoted on, the one that i sent in!!!
Great! If i sent it back, it would take ages to rectify, it was nearly xmas.
I will have to live with it.

Then when i checked it all over they had also done the cupboards below this to basin wrong as well!

I had already paid them so i had to take the bottom cupboards out myself, reline them and change the way the basin to cupboard had been made so it would be the way my plan was.

The screw up with the plan must be a cost cutting exercise as being a carpenter and landscape designer, my creating a plan skills are fine, so my plan was not at fault. Plus all aspects were discussed on the phone, bit by bit!!

If you go with them, which i would not again, watch carefully and do not just trust their cabinet making skills!!!
These are pics of the issues--

The kitchen island bench corners first. As you can see, a part from hitting them with my hip now and then and my pockets getting caught on them from time to time and we have only had our new home home under 3 months, these corners being at a Childs head height are dangerous--- 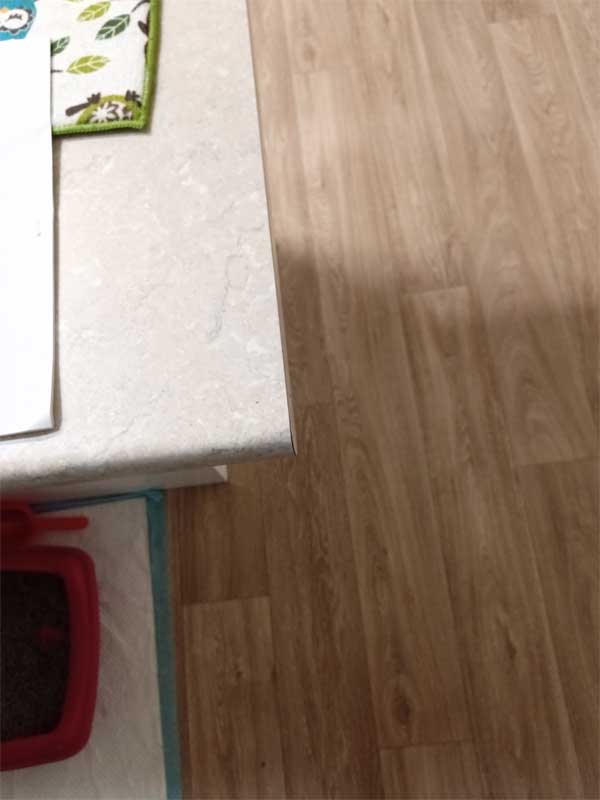 My plan of the laundry--- 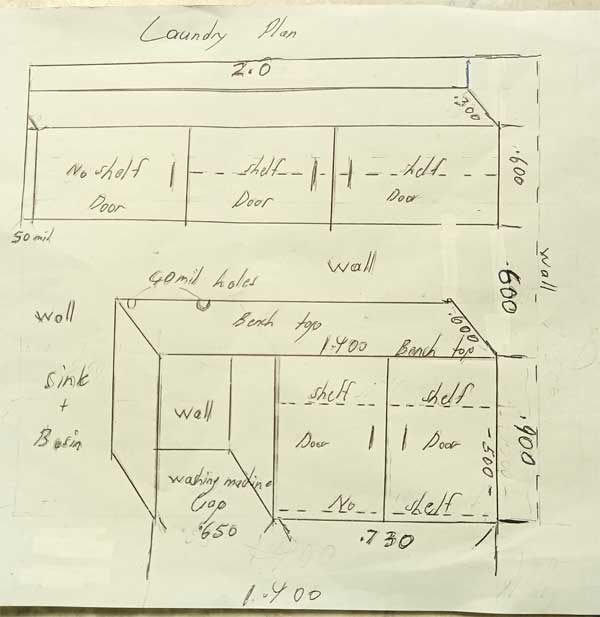 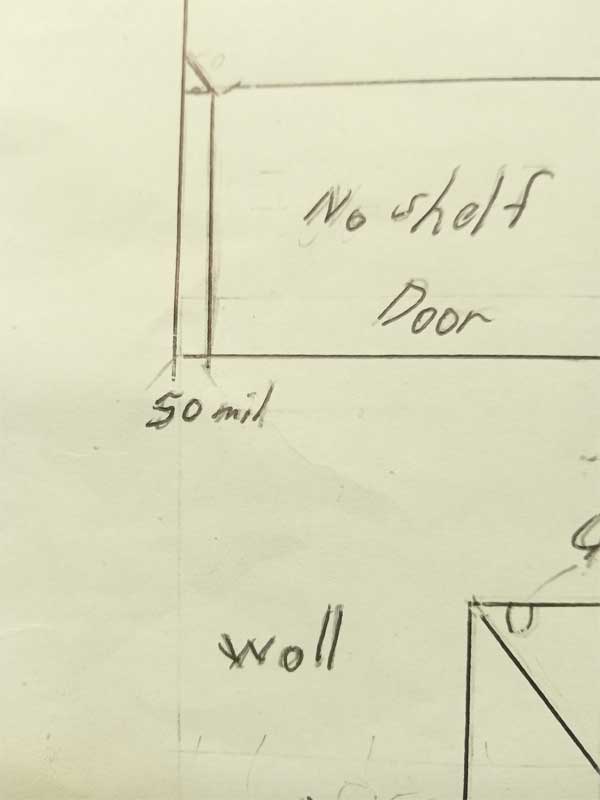 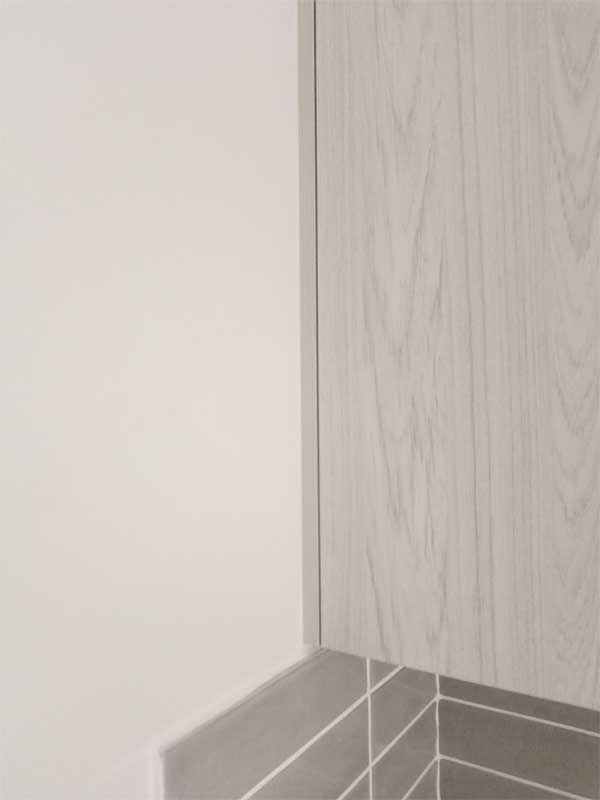 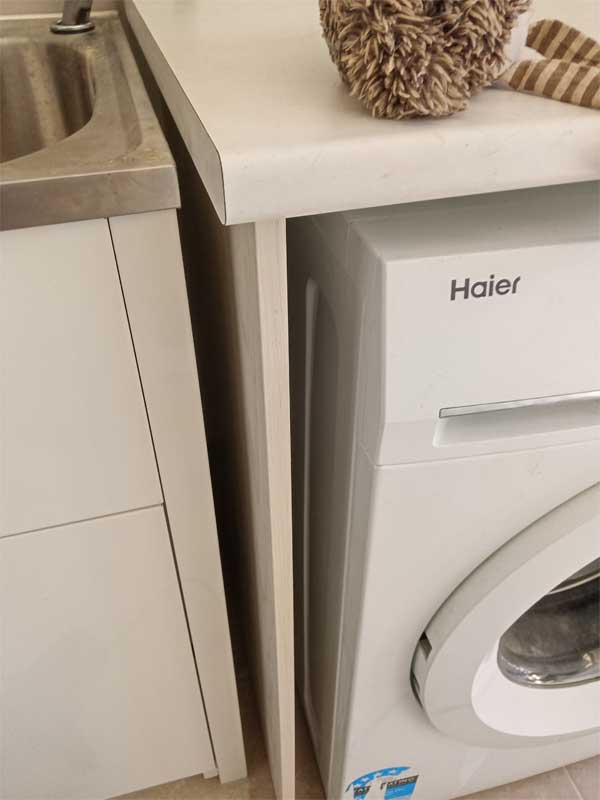 How they were instructed and on the plan how it was supposed to be, of which I fixed--- 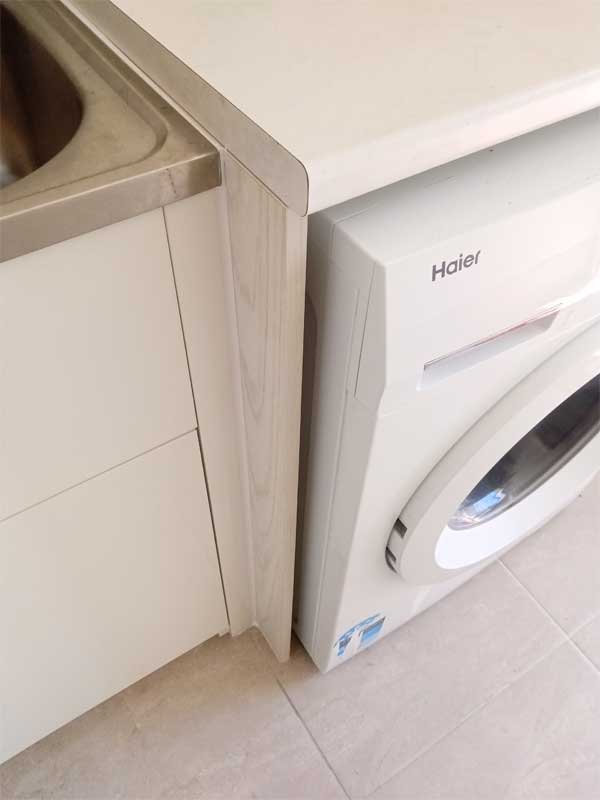