Damsels and chromis found near Brisbane in SEQ.

Damsels and chromis found near Brisbane in SEQ.

Pomacentrus moluccensis-Yellow damsel.
A very common fish in sheltered reefs, estuaries and to some degree open ocean reefs in SEQ.
This fish is a very easy to keep damsel and not overly nasty to other damsels, but still has some of the infamous damsel nature! 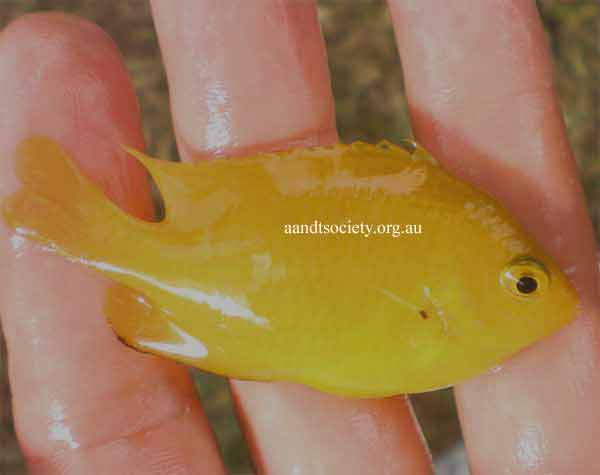 Pomacentrus bankanensis-fire damsel.
A very shy damsel, but still very common in the shallows of estuaries and sheltered reefs.
Not a nasty damsel and will live nicely with most reef life. 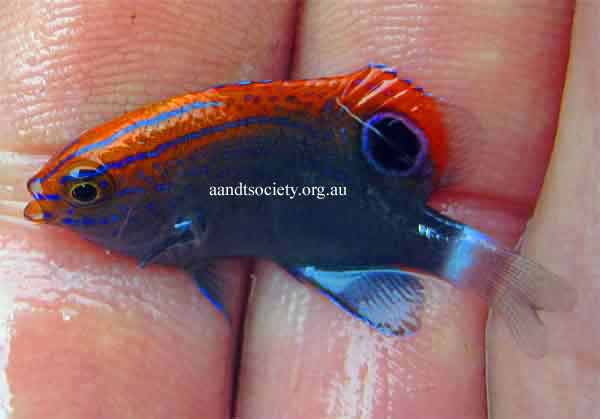 Paraglyphidodon lacrymatus-jewel damsel.
A reasonable natured damsel these ones and will be picked on to begin with by other similar species.
Easy to keep in a reef tank and feeds on marine meats. 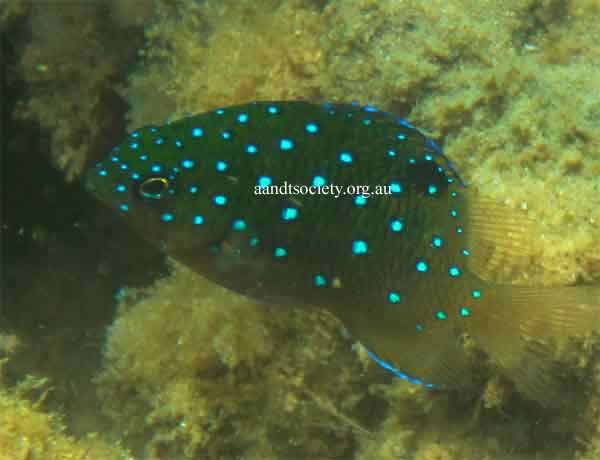 Neopomacentrus bankieri-half moon damsel.
This pic is from a commercial collector we know.
These do well on any marine meat foods and will coexist well with most fish and also like to live in groups. 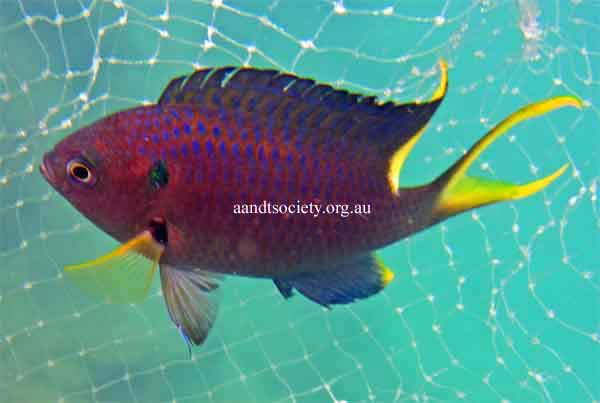 Lord how chromis sp
This is a fish that will harm nothing, eats most marine fish foods and will be picked on by most other fish. 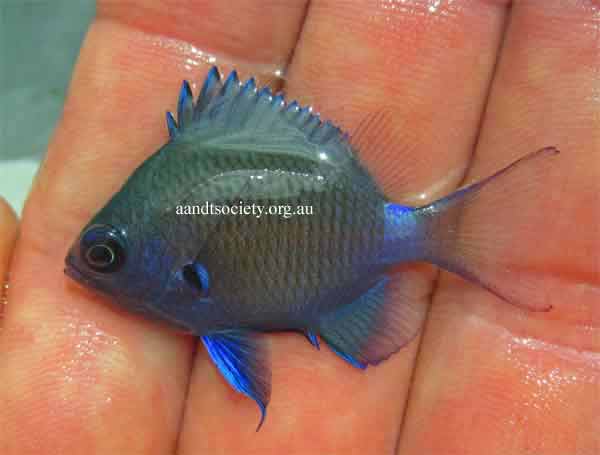 Dascyllus trimaculatus-domino humbug.
A reasonable natured fish when small but as it grows it will become very nasty.
Useless except for starting a tank. 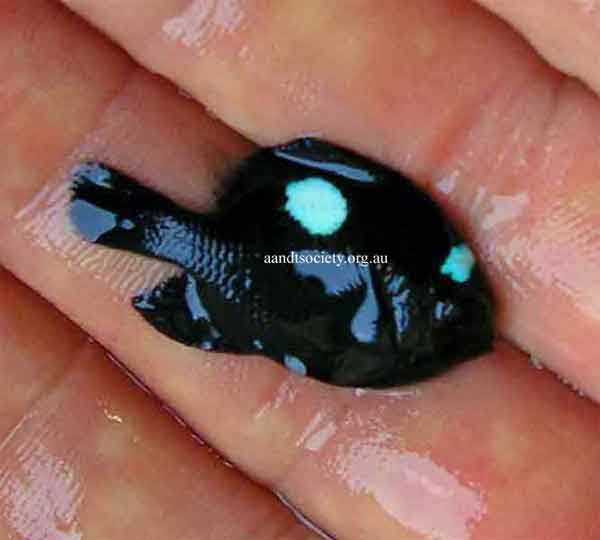 No name known.
An easy to keep damsel,very common in SEQ and not overly nasty

Chrysiptera talboti-talbots damselfish.
Not overly common in SEQ,they are more so found on open ocean reefs and protected reef areas at times.
Easy to keep in a reef tank but as it gets bigger they can become a little nasty. 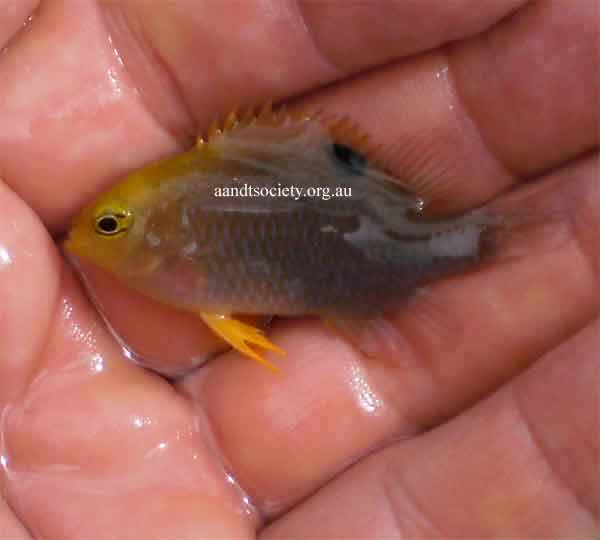 Chrysiptera rolandi-capped chromis.
Not an overly common fish in SEQ.
A nice natured fish and easy to feed and keep in a reef tank. 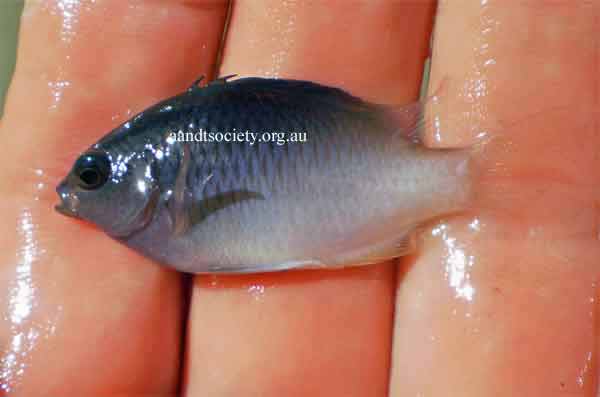 Chrysiptera taupou-fiji damsel.
A very tough and pretty fish, but has a very nasty nature as it grows.
Agressive in a reef tank with any mobile inverts or other fish. 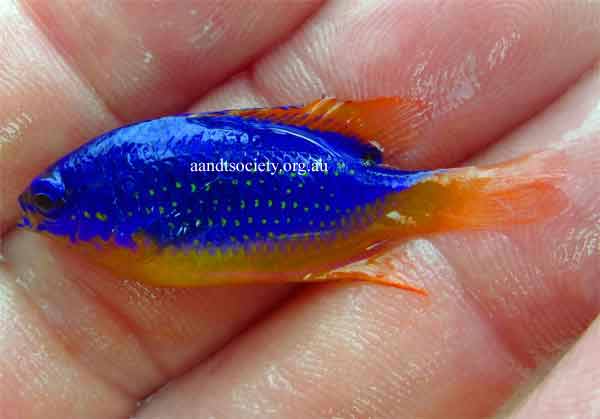 Chrysiptera starki,starki damsel.
Common at depths of 70 feet and deeper, though are found in shallow areas at times.
Easy to feed,for best health needs temps no greater then 25c and a very nice natured fish, also remains pretty coloured all its life. 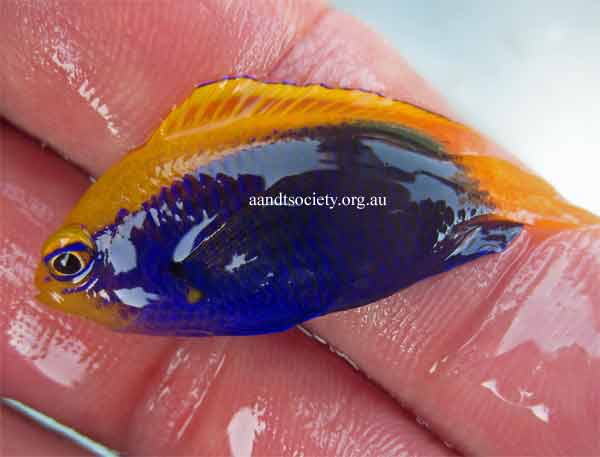 Chrysiptera leucopoma-surge zone damsel.
Very shy damsel this one and is found in high surge affected parts of reefs at 1 to 3 metres in depth.
Harmless, easy to feed, though it does lose its lovely colours when no other surge damsels are around. 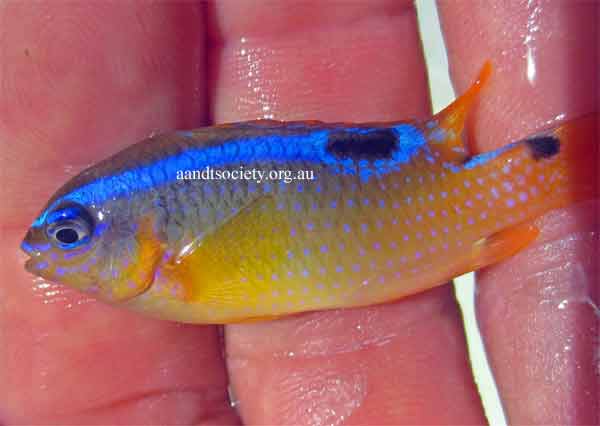 Chrysiptera flavipinnis.
A similar coloured fish when young to the starki.
They fade in colour as they grow and will be nasty to others in the tank.
Semi useless as an adult for a reef tank. 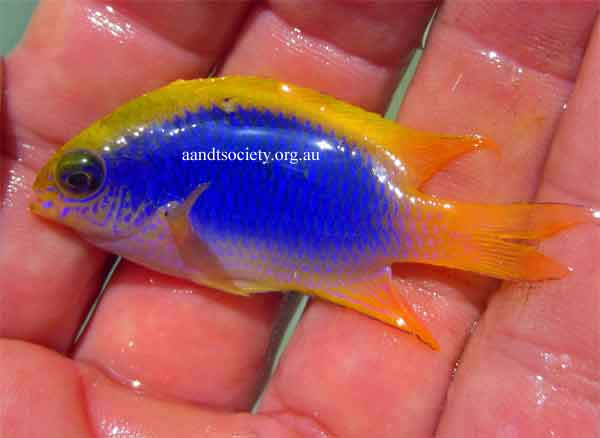 Chromis margaritifer-bi colour chromis.
Extremely common in SEQ and very easy to feed on marine meats.
Harmless and easy to keep in a reef tank,just territorial to similar species at time. 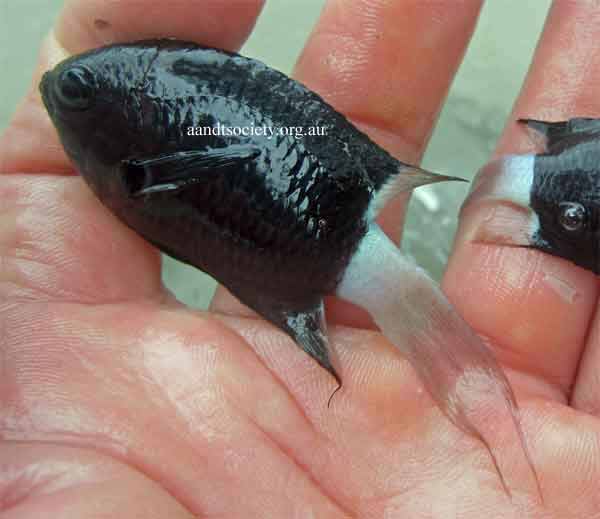 Chromis nitida-barrier reef chromis.
Very common in SEQ,easy to keep but may get picked on others and slightly territorial to the same species. 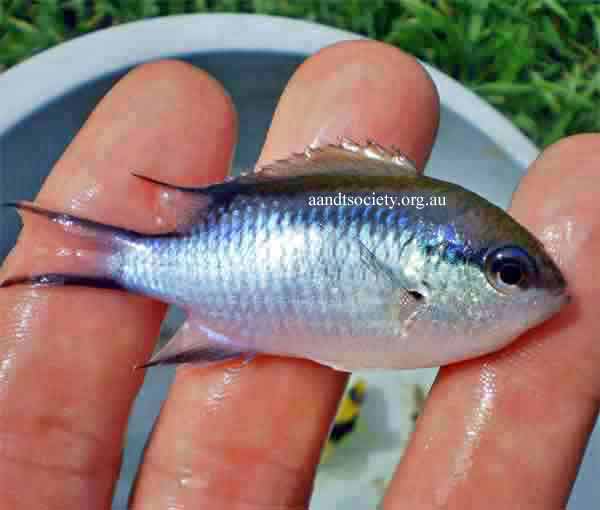