Blenny’s found near Brisbane in SEQ .

Blenny’s found near Brisbane in SEQ .

Due to photobucket trying to screw folks for money, these pics will be organised soon. 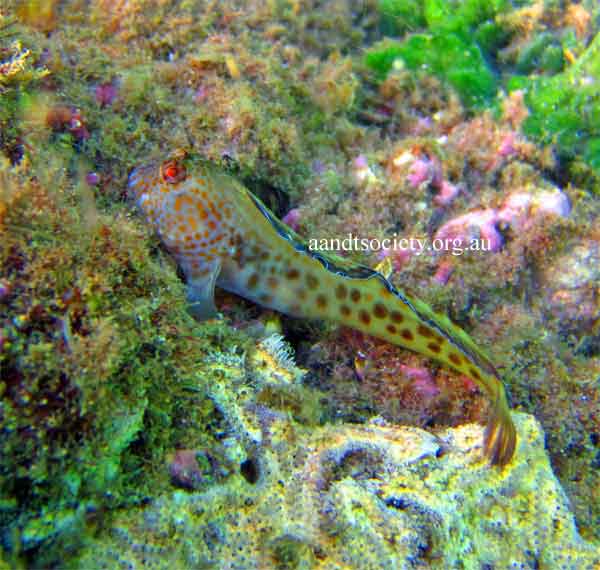 A thread on fang blennies
https://southeastqueenslandm.aforumfree.com/t2828-sabre-tooth-blenny-inaccuracies?highlight=Fang+tooth

Istiblennius meleagris-rock skipper, comb tooth or the trendy name now of lawnmower blenny.
These grow to a max of 10 inches and are omnivores which means they will kill small animals but mainly focus on algae.
This is a very mature male showing its antenna and blade-like crest , this size is not that common as they are predated on.
Very easy to keep though they tend to jump out if they can and they can also live out of water for up to 2 hours and if kept damp and cool, at least a whole day.
Ravenous algae grazers and but will feed on anything other then cyano bacteria.
Male. 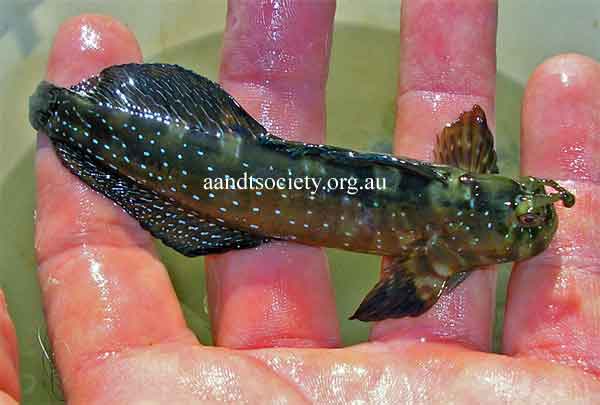 Female and immature males can appear the same with a small or folded blade-like crest on their head, males are a third bigger at full size then females. 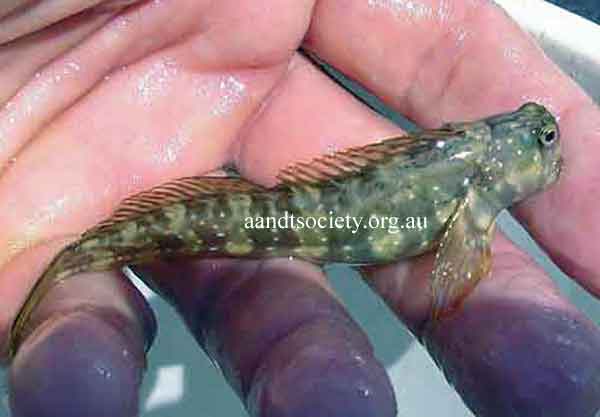 Exalias brevis-leopard blenny.
Very common here and are normally found on or in stag coral heads in the south east.
These are carnivores and rely on some coral flesh in their diet, not suited to a reef tank. 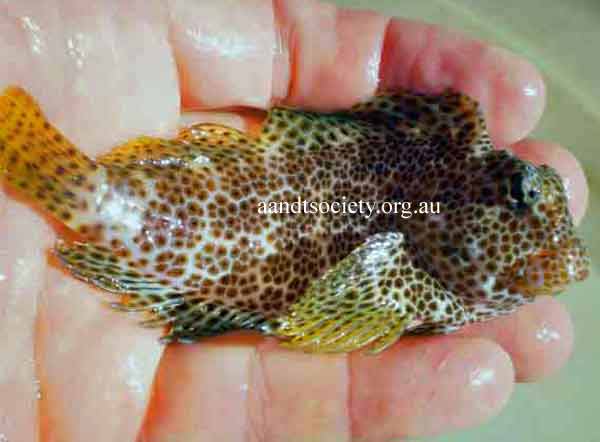 Meiacanthus lineatus-harp tail blenny.
Quite a common blenny, these are found usually on the protected side of islands and non-open ocean reefs.
Totally harmless in a reef tank and prefers benthic and planktonic life to feed on.
They get on well with all life and are mimicked by the petroscirtes fallax-sabre toothed blenny, make sure you get the right one! 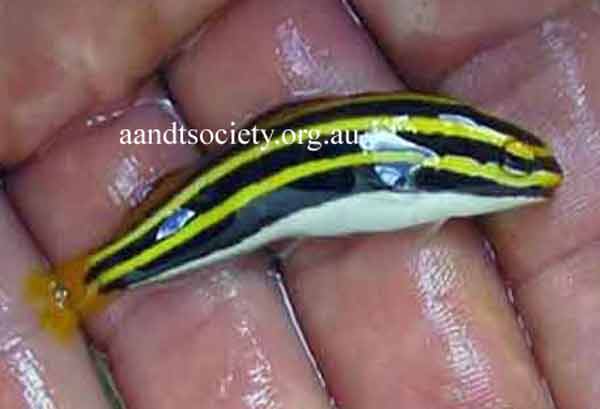 Plagiotremus rhinorhynchus-blue stripe fang blenny.
Very common in the south east.
These fish are reef safe "only when well fed", or they may take a bite out of their tank buddies.
Any marine meats satisfy them nicely and they do not eat corals. 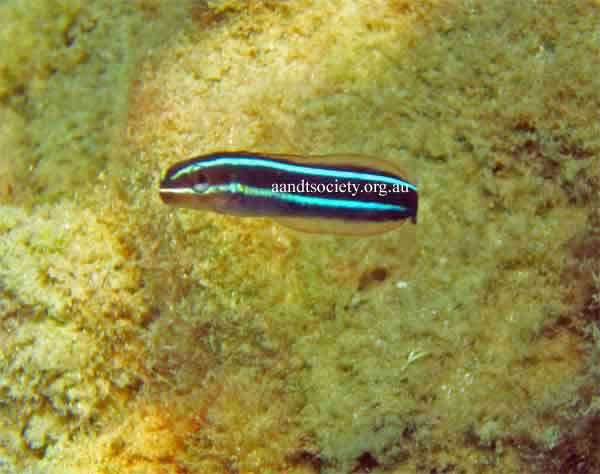 A fang blenny showing it's fangs caught out of the aquarium to get this pic. 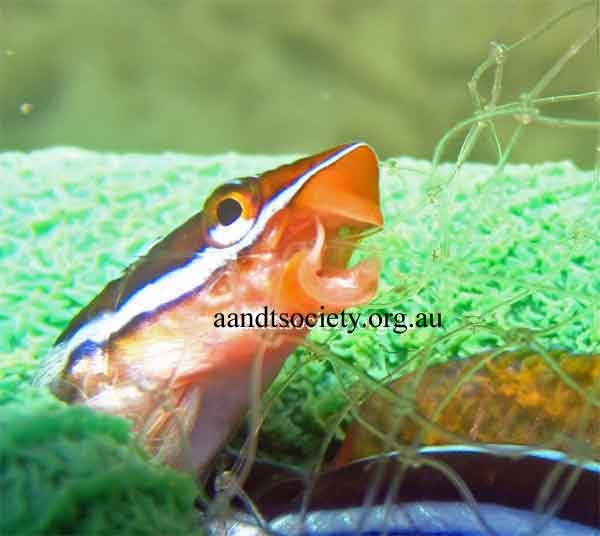 Ecsenius bicolor-bicolour blenny.
Very common here and are found on ledges and near cracks in reefs for cover.
Reef safe and harmless though they can annoy other blennys.
Quite shy and feed well on most marine meats,sadly their strong orange-yellow half dulls in colour intensity as they mature 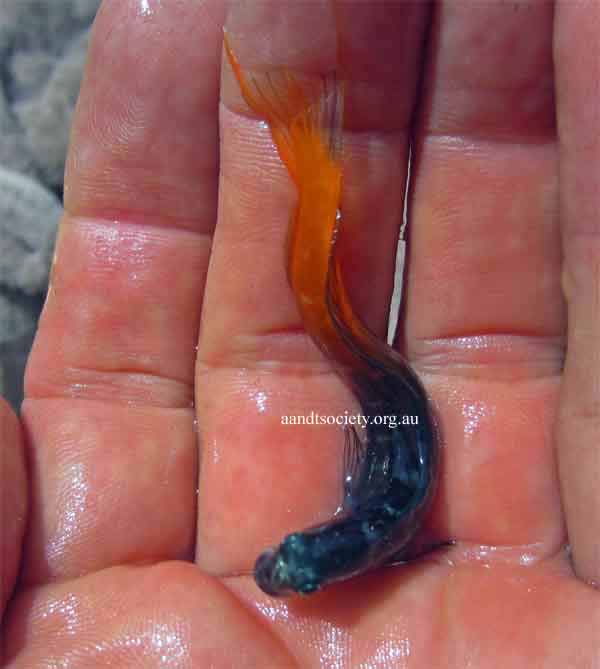 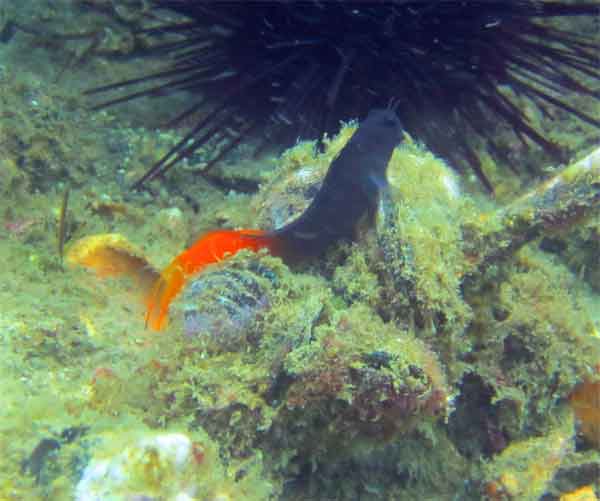 Cirripectes castaneus-chestnut blenny.
Common here,though hard to find due to this fish being very shy and blending in well.
Easy to keep and very reef safe. 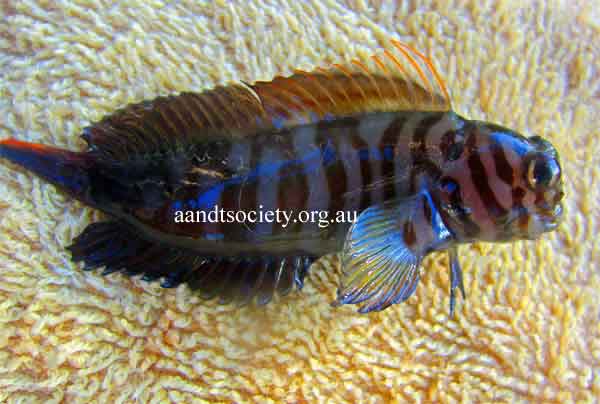 Parablennius intermedius.
Quite common in the south east and very easy to keep in a reeef tank.
Can be a dominating to other blenny types.
In the wild

Omobranchus anolius-Oyster blenny.
Very common in the South east at depths of 0.2 to 2.0 meters deep.
Always around oysters or similar.
Very easy to keep in the aquarium being an omnivore, the one featured is a male. 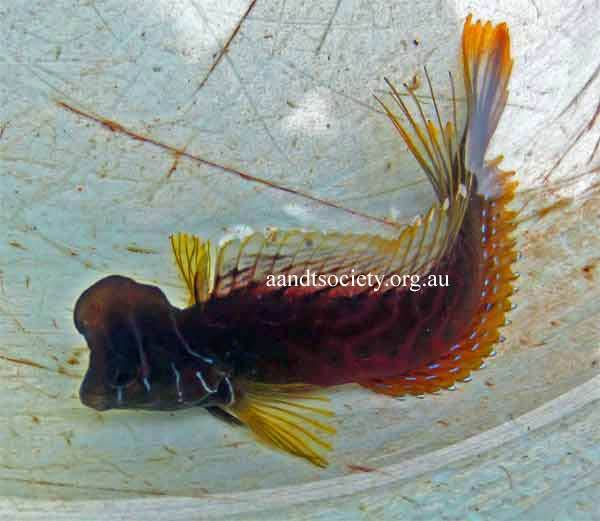 Omobranchus rotundiceps-algae blenny.
Very common along the east coast of Australia in semi temperate water temperatures.
Very similar to the oyster blenny though unlike the oyster blenny, these are herbivores.
Reef safe and very easy to keep,will graze on all types of algae including hair algae and if you have several they will keep all types of algae at disturbingly low levels.
Juvenile 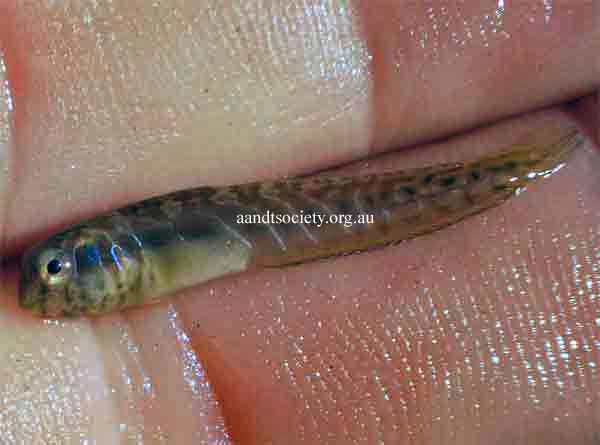 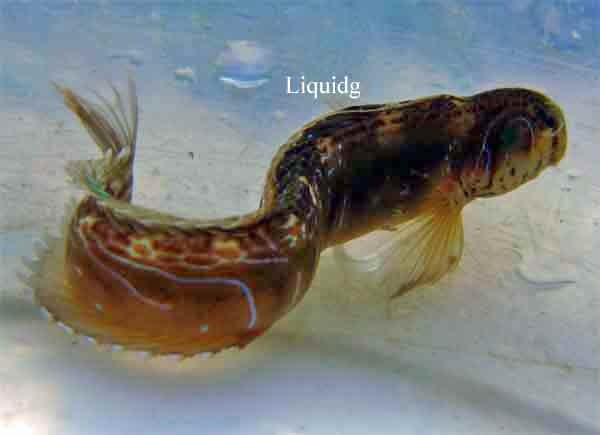