Sea stars and urchins found near Brisbane in SEQ.

Sea stars and urchins found near Brisbane in SEQ. 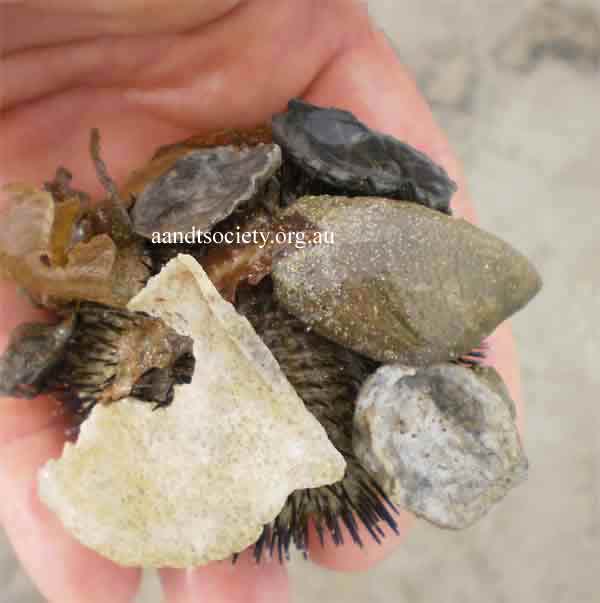 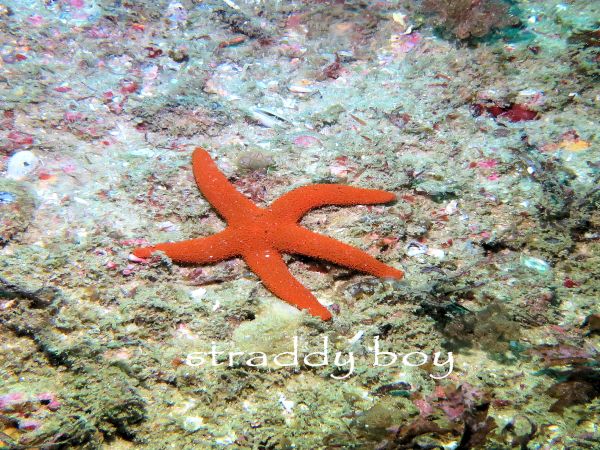 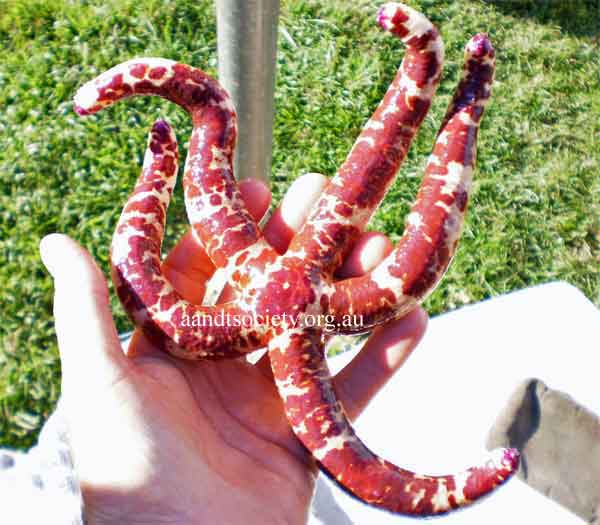 Sea stars are directly related to sea urchins and sea cucumbers and that makes them all part of the family echinoderms, so they are together in this thread.
Some information on sea stars, previously known as starfish.
Firstly they do not have a brain of any description, just primitive sensing cells that send messages to their nervous system.
They do not have or utilise blood in any way, they use the water they live in as their blood per say to move what’s needed around their body mass.
Their tubed feet are controlled by water being pumped in to and out of via muscle actions making their legs move and allowing them motion.
All of their organs are located in their arms and this is why some species can regenerate a new sea star from one arm and as we all know, they can regenerate a new arm if one is lost.
Most sea stars are carnivores and will eat mostly molluscs by prising them open and pretty much anything including detritus.
Some will consume the cyano bacteria with in photosynthetic sponges, leaving the sponge transparent and colourless in appearance.
Sea stars do not eat internally; they expel their stomach encapsulating their food to digest before retrieving their stomach to with in.
Most sea stars are either male or female and some can change sex to suit numbers, plus there are a few species that are hermaphrodites.
Temperate sea stars should be kept in waters no hotter then 24c and tropical sea stars no hotter then 27c.

When touching or having sea stars out of the water, place them in the aquarium up side down and free of harm from predators for the air issue and do not leave your warm skin against them for to long or it will seriously harm their legs where they make contact with your skin!
They also dry out quickly out if the water.

Pentagonaster dubeni-biscuit sea star.
Very common in SEQ.
Reef safe, but will harm sponges!
Biscuit sea stars are found from Queensland's sunshine coast around southern Australia to Fremantle in Western Australia, making them a Australian endemic species. The dependency on cool temps keeps their larvae from crossing the equator and setting up else where.
They are the only sea stars that exist mainly on some brown and red algae species, symbiotic cyano bacteria with in some sponges and sea squirts.
They can with stand being out of the water for a few minutes with low temps and if your skin is wet and cool, unlike some other sea star species that will house an air bubble and later on possibly kill them.
They can live up to 3 years depending on how young it was when added to the aquarium
They can not live in temps above 24c very well and need stable water conditions.
]

Linkia sea star forms.
There are some things that affect the linkia sea stars, if water conditions are pretty good!
These sea stars can not handle quick changes in water chemistry and that includes salinity, they absolutely hate decreased oxygen levels, that’s why they are most common at open ocean reef sites of good current.
If you take them out of water at any time they need to be placed in the aquarium  upside down for a time or they will possibly take on air that can not escape their body and after some time, it will kill them.
Temperature can be a common killer of these sea stars, also predators including the thyka crystallina snail, they can come in live rock and usually hide at night and the main one, suitable available food types!
These sea stars will die in time if they do not get a balanced diet, so if predation isn’t the issue, it is the usual, in correct diet!
There are pellet foods for these sea stars sold and they do like a muscle or at times an oyster sat under them and if they feel safe they will wave an arm around to pick up some planktonic bacteria and possibly basic zooplankton. 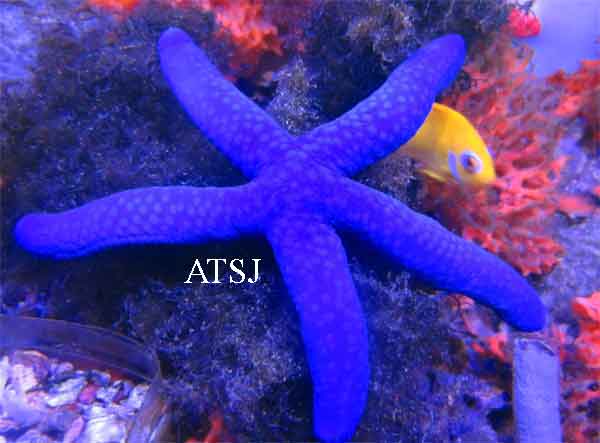 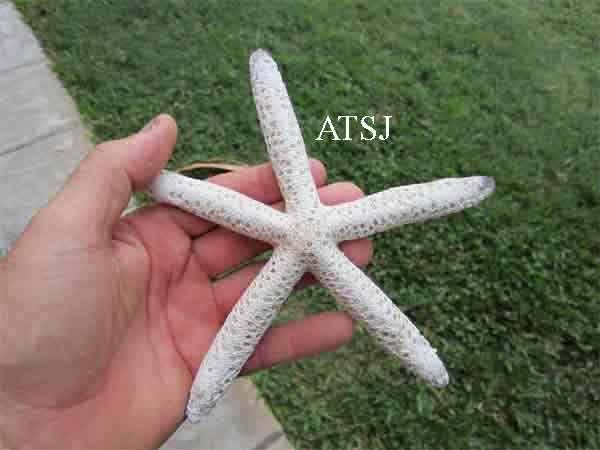 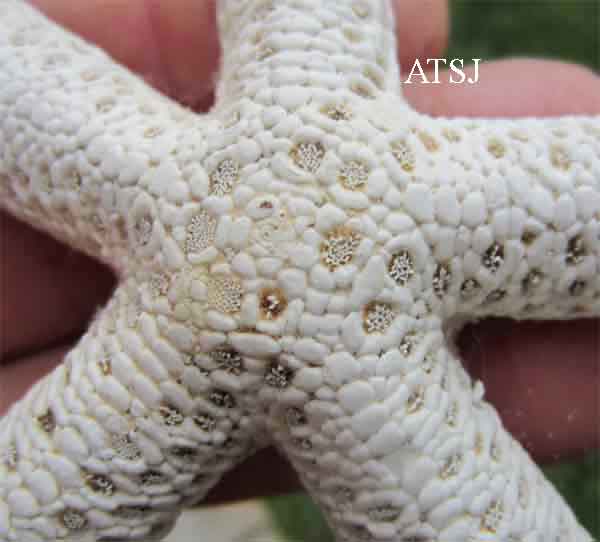 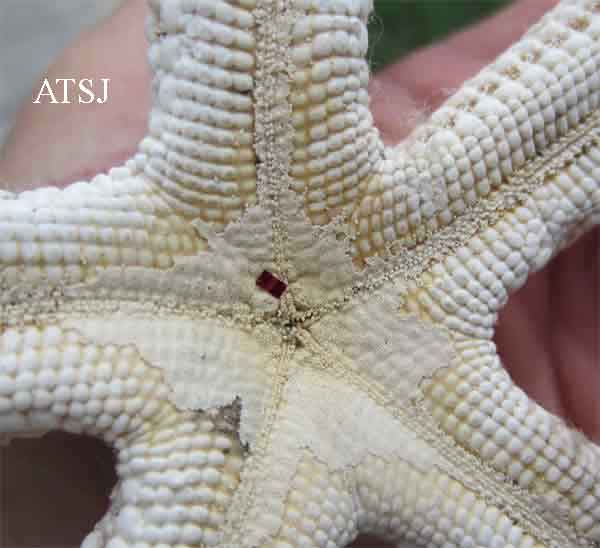 This type of linkia can grow to in excess of 2 metres!


Leiaster leachi or tanned sea star.
Grows to one metre and is very common in SEQ.

These two Luzon sea stars have what's called benthic ctenophores or benthic comb jellies on them, these jellyfish species have no stinging cells what so ever.
These guys attach to the sea stars like a flat worm would and project sail like parts of its body to catch planktonic life as it moves by the sea star.
They are usually on sea stars in current affected areas. 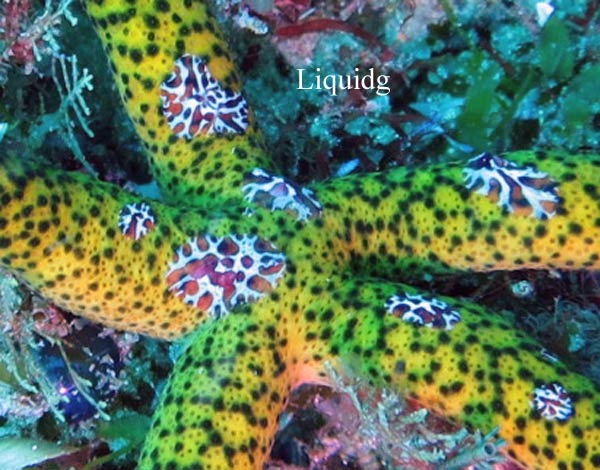 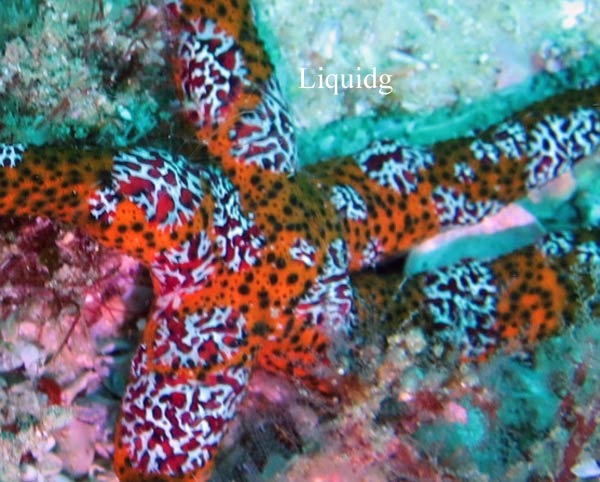 Euretaster insignis sea star.
Uncommon in SEQ and not reef safe.
This little guy is a tropical species of sea star meaning it is not comfortable in waters below 23c.
Foods include mostly molluscs, plus they are thought to be a filter feeder, taking in the surrounding waters via a central valve in the centre of its back.


culcita novaeguineae-cushion star.
Grows to 200 mil across and is common in most oceans including SEQ.


Gomophia mamillifera or ornamented sea star.
Very common here in SEQ at most depths and grow to a max of 5 inches.

Brittle sea star of the ophiurida order.
Very common in many colours and textures.
Video of how the feather stars, once you let them go, head down wards.
https://youtu.be/2xioNis9Dqs

These are very good clean up creatures but will, as they get larger, attack fish as they wait for daylight.


All feather sea stars have planktonic zoo and phyto plankton sized food needs and do not retain muscle or fat so they die of starvation very quickly!

Comanthina family members of the feather star range.
Extremely common in SEQ.
These are the hardest of feather sea star forms to keep.
With temps no greater then 25c,very stable water and many small feeds of blended marine meats with a large part consisting of cunjevoi per 24 hours, they do very well. 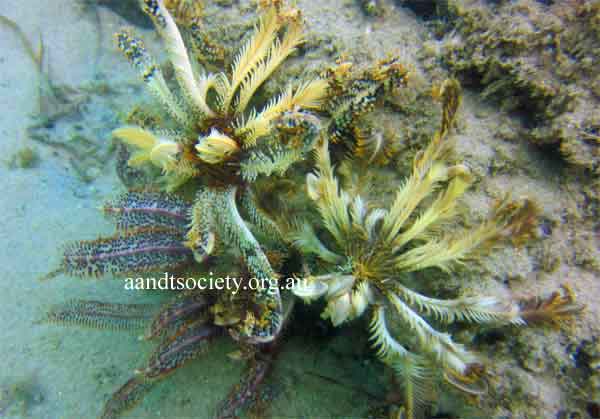 Lovenia elongata or heart urchin.
Endemic to Auz waters and are quite often found in SE, they are reef safe and eat algae,sponges and detritus.


Colobometridae-mariametridae-himerometrdae and tropiometridae forms.
All these have the same needs as all feather sea stars though they can exist in temps to 28c in the aquarium. 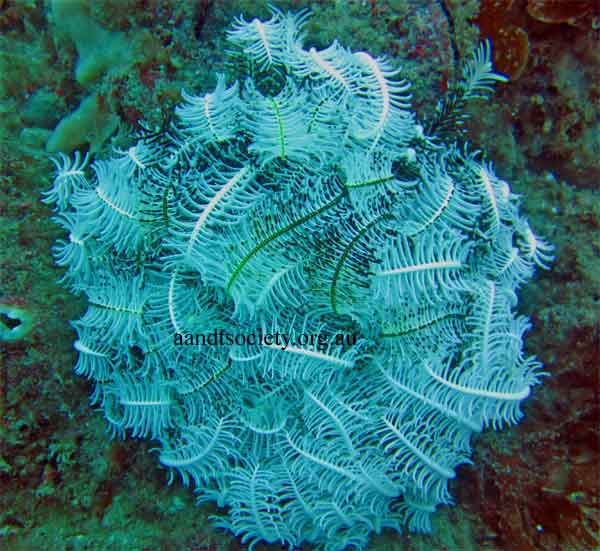 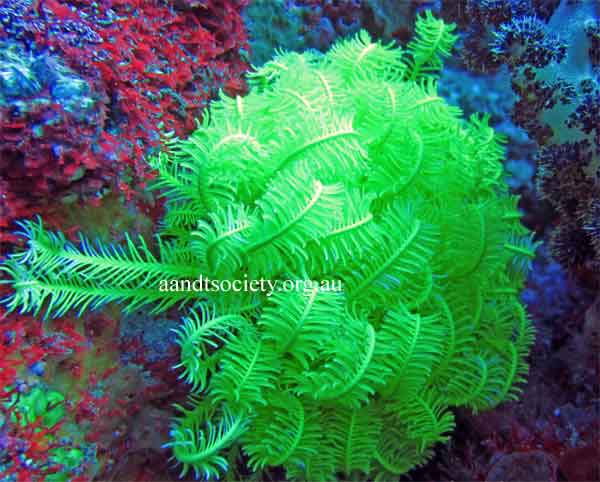 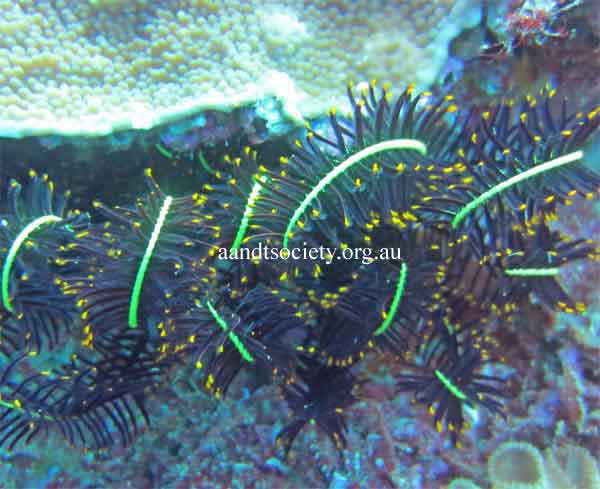 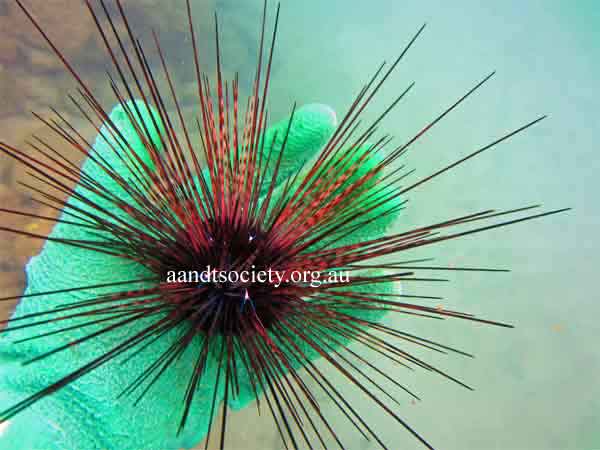 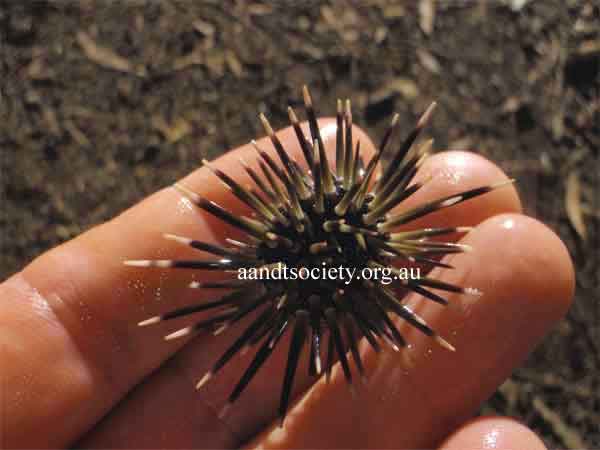 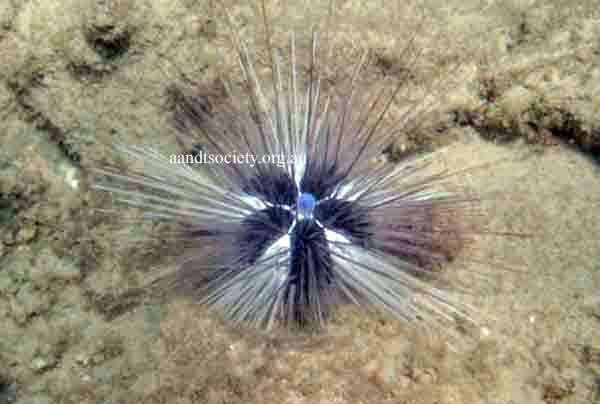 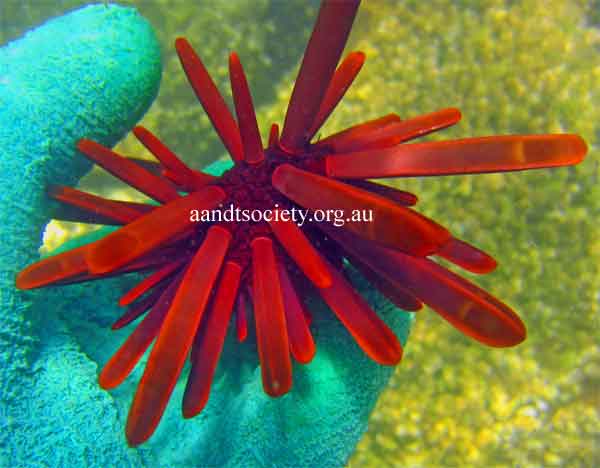 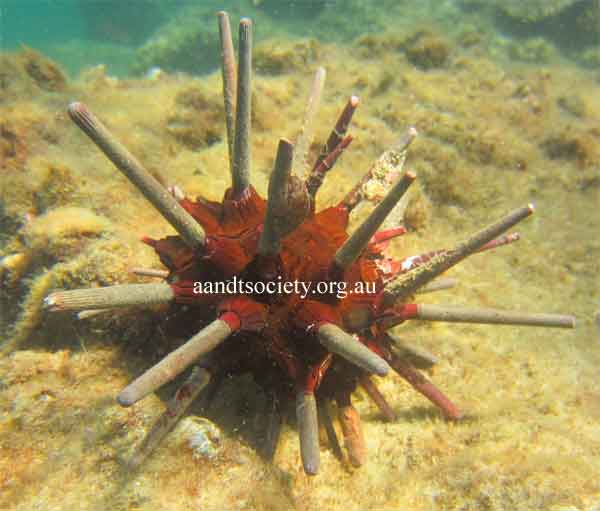 Toxopneustes pileolus or flower urchin.
This urchin has a potentially fatale sting.
These guys have what is called  pedicellariae, basically this refers to bitting jaws and are the last line of defence for this and most other sea urchins. They only occur on sea urchins and some sea stars. 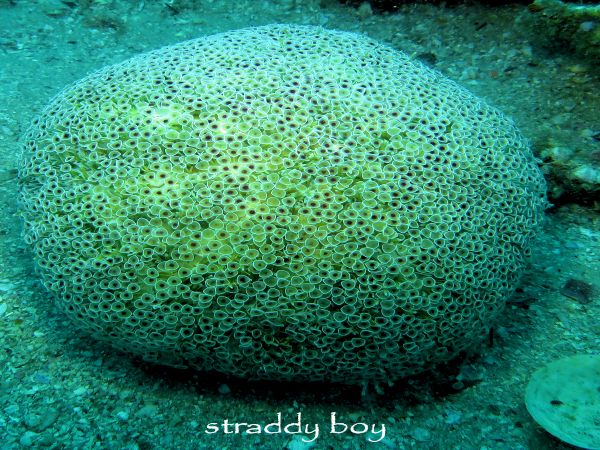 Similar topics
» Madigan Line 2008: Part 3 Birdsville to Brisbane
» Moon & Stars Watermelon
» Look who I found eating my lettuce!
» Hi from Brisbane, Australia
» Look what I found on my carrots!