Aquarium power heads and wave makers, which one do you have?

Aquarium power heads and wave makers, which one do you have?

These both move water but the impeller style is the original aquarium/pond water pump "power head" and can pressurise like a water jet pump and subsequently lifts water via a pipe and the other just moves water and can not lift water to any great degree because it functions with a propeller and gap around that propeller.
This first one is usually used as a return pump.

The next is a surge device and not an actual power head, it does not have an impellor, it has a propeller, which makes it a propeller pump/surge device and these use far less power then an actual power head because they run by DC-direct current electricity!
These usually come in two parts these days, the out of tank controller part that can not be submersed and the part in the aquarium that is sometimes nicknamed a power head, being the head of this device.
This one is used to achieve the display tanks current and a pulse of water to remove rubbish off corals and help move detritus into suspension to help remove it from the aquarium.

This is a propeller pump/surge device or wave maker. 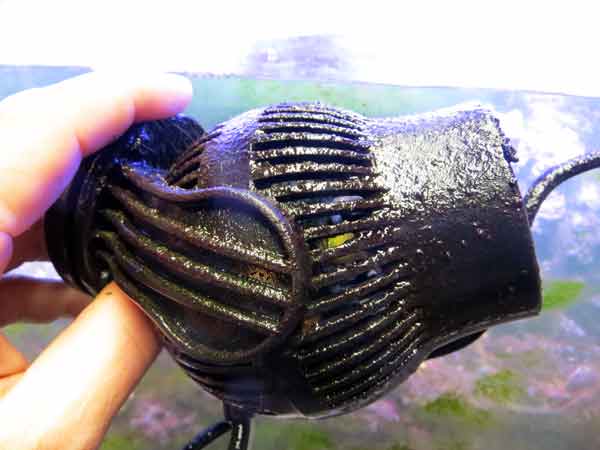 This is a pic of the propeller pumps propeller. 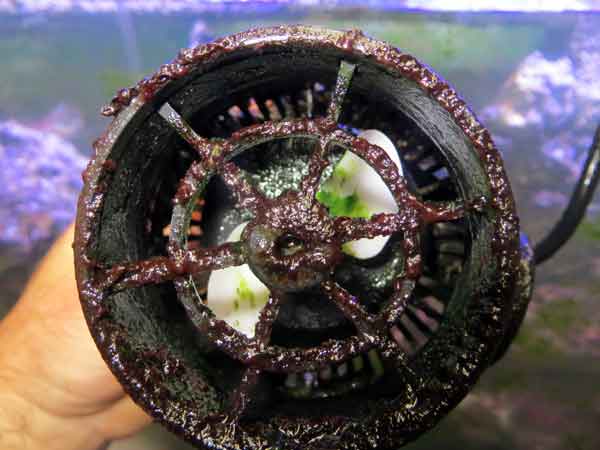 These two are power heads; the smaller one is in pieces. 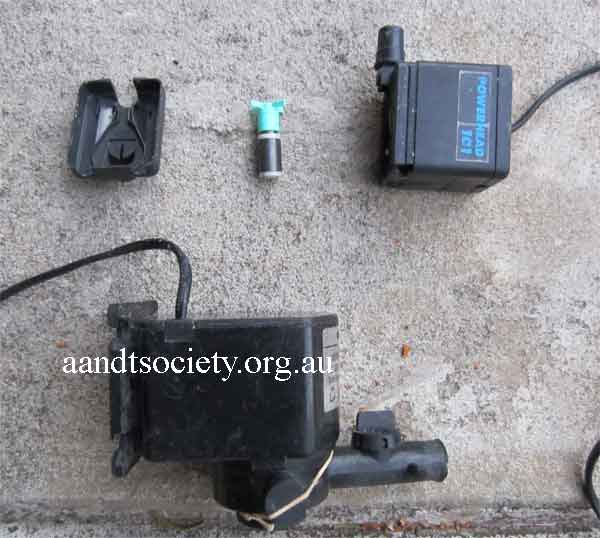 An impellor contained in an area where there is very little space to allow water to move freely around the impellor blades, in that way only it is similar to a water jet pump that propels a jet ski.
More space between the outer casing and you lose pressure, near no space and it can deliver a lot of pressure depending on the wattage delivered to the electro magnets.
A power head uses AC-alternating current electricity.

This is its impellor style that is with in an aquarium power head. 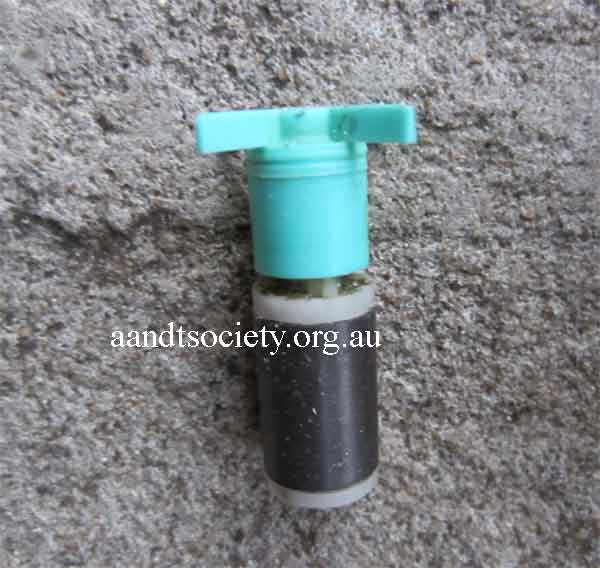