Some years back, a Narnia movie set was established at Cleveland point in Brisbane's bay side for filming, of course that is in the Redlands council shire.
Not a lot of damage was done, though a few of the old trees on the point were taken out and for the base the ship, I very large concrete round base, was put in for the ship to rotate for varied filming scenes, so it was a large round slab!
The area was left unfinished for some time and folks just went back to using the wonderful Cleveland point park with in the ring road that goes around the waters edge of the point that is very family friendly with play areas for kids, enough open grass area to kick a ball and heaps of seating with free BBQs and toilets.
Some time passed and the Redland city council must have had a plan in mind for area for sometime, then they acted on it!
They took out over 18 parking spaces that were not enough anyway due to the restaurant that the patrons took up half of the available parking spaces at the point anyway.
They put in winter green couch grass small areas next to the water that got washed away, on rough days the waves come onto the point, so they changed them to fake grass that no one uses and took up parking spaces.
They put in gardens of plant species that are not overly salt tough, so they don't do so well taking out more parking spaces.
Many of the restaurant patrons and staff would park on the bare lot of land opposite the restaurant, so that helped leave a few spots for families that wanted to use the lovely park area at the point.
Recently the spare land opposite the restaurant was sold, now in numbers of patrons that use the restaurant compared the families that head to the point, there are no public spaces anymore!!
Here and there the council does good, but this act of planning, a 5 year old or a complete fool could have done better!!!

The ship back then that I took pics of. 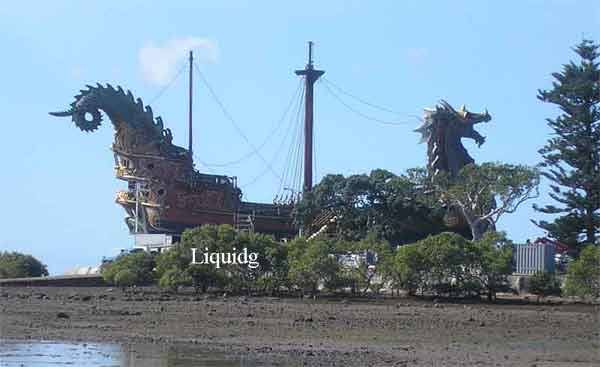 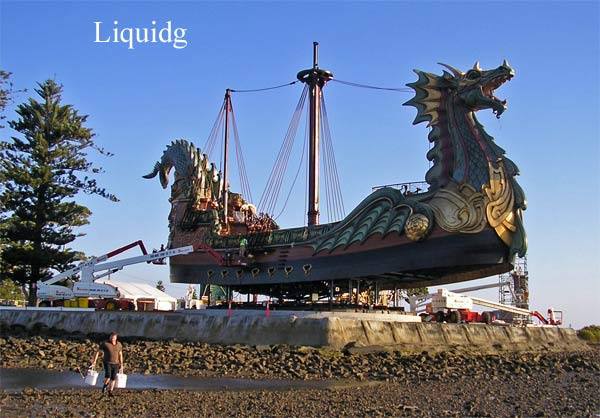