This little guy can pack a punch, in relation to its venom from two quite large fangs.
The venom is an anticoagulant and attacks the central nervous system.
They will bite humans, but not much of an issue to us, just ouch and move on.
Very common in Queensland's south east and they are mostly found in good flow positions being a planktonic feeder and predators usually leave them alone to their nasty bite.
Reef safe if kept well fed.
See the two spots that look like nostrils, their fangs are quite long, they are where the fangs are housed!
This little guy has changed colour slightly due to the stress of being trapped, the video is a better representation of its colouration. 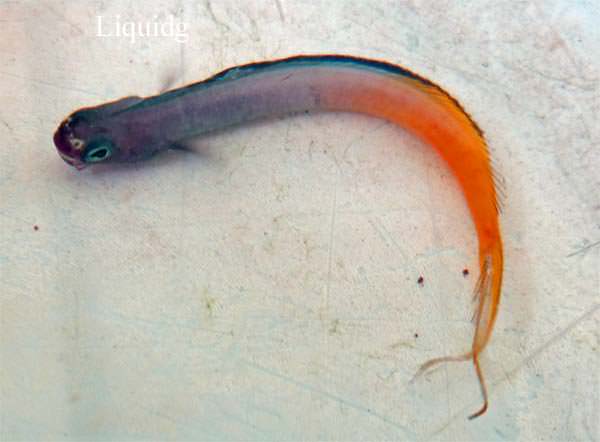