Angelfish-centropyge-pomacanthus-chaetodontoplus found near Brisbane in SEQ .

Angelfish-centropyge-pomacanthus-chaetodontoplus found near Brisbane in SEQ .

All angelfish will potentialy bother corals a great deal or slightly.

Chaetodontoplus conspicillatus or specticled angelfish.
Common in northern NSW waters to the early parts of the barrier reef and new caledonia.
Very easy to keep fish in temps no greater than 25c and very good K hardness and PH,eats anything including algae. 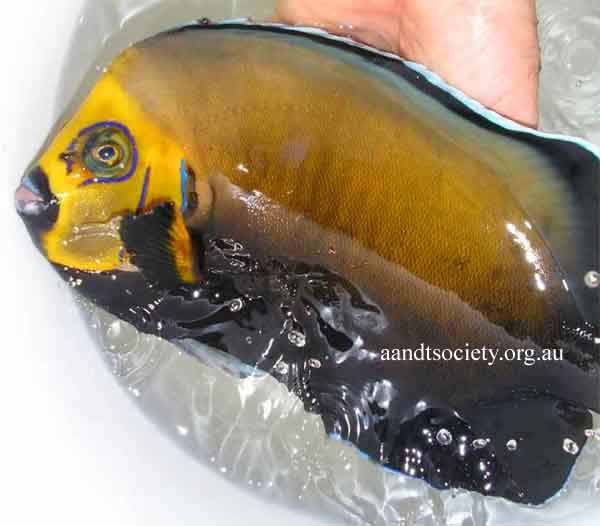 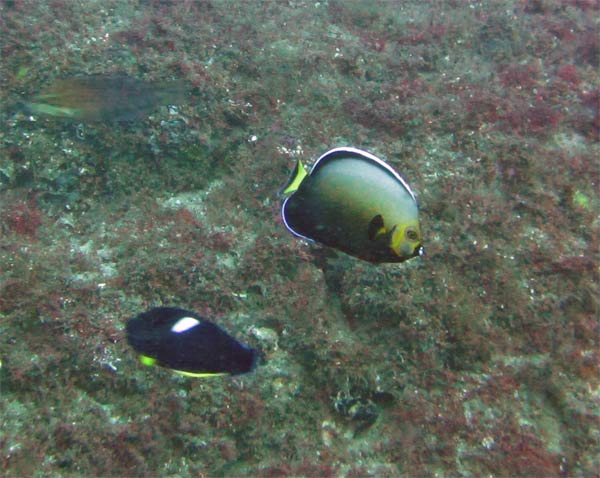 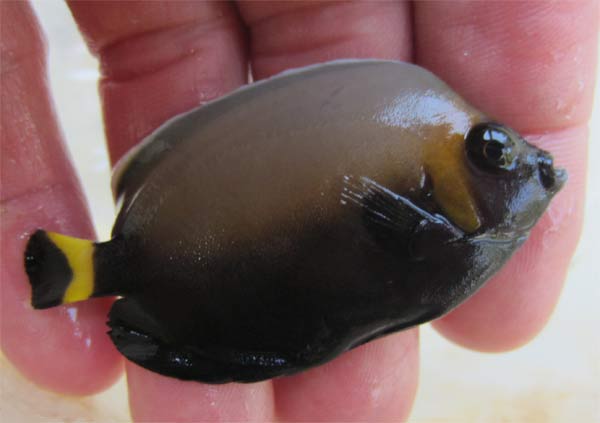 Pomacanthus imperator or emperor angelfish.
Reasonably common in SEQ.
They are mainly found at depths of 45 to 90 feet of water.
These fish like most marine foods and most algae in particular.
This is not a very bright fish and is painfully easy to catch, though as a juvenile they like to come out of hiding as you pass, so look around here and there,conspicts do the same thing.
Adult 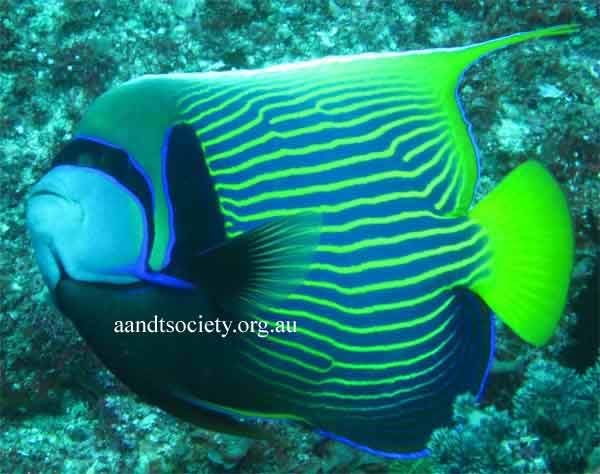 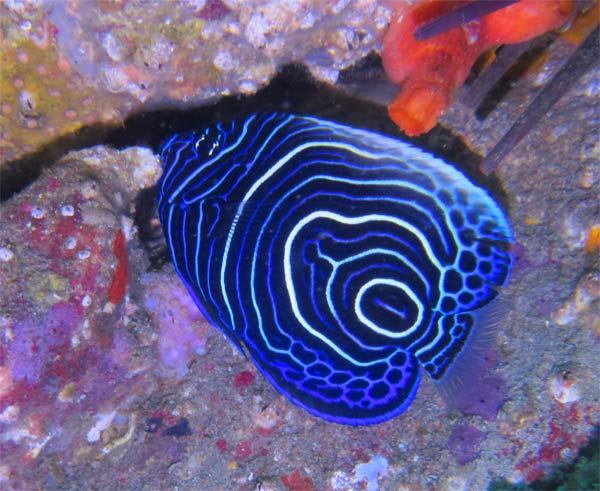 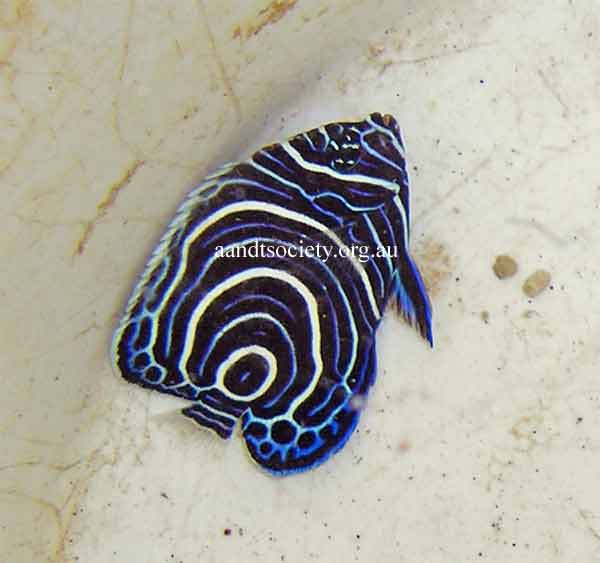 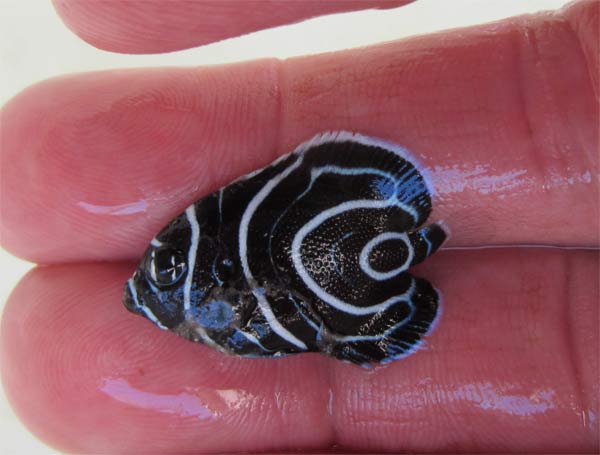 Centropyge heraldi or yellow angelfish.
A very good addition to the aquarium, plus easy to feed and they are semi reef safe and quite a tough fish. They are not overly common in SEQ, but we find enough to not say they are rare. 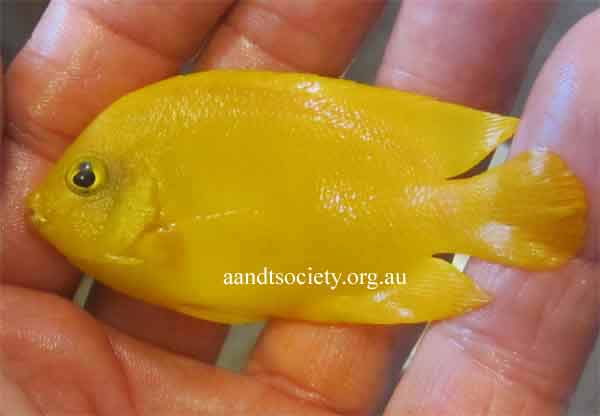 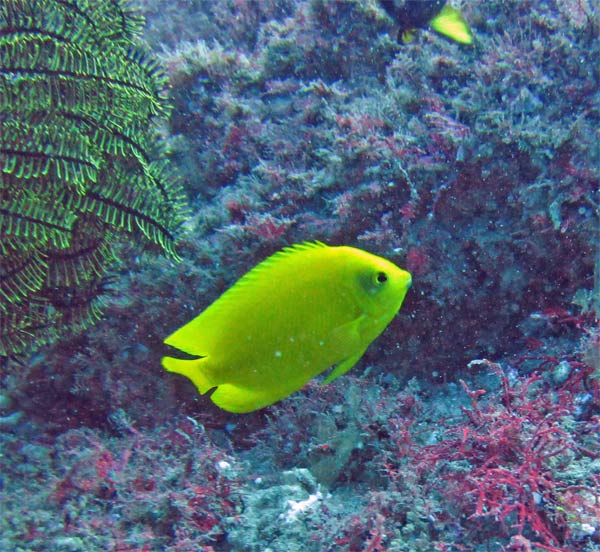 Centropyge bicolor or bicoloured angelfish.
Very common in SEQ and quite an easy fish to keep in good quality water.
These will bother your corals and feed on most marine foods quite well. 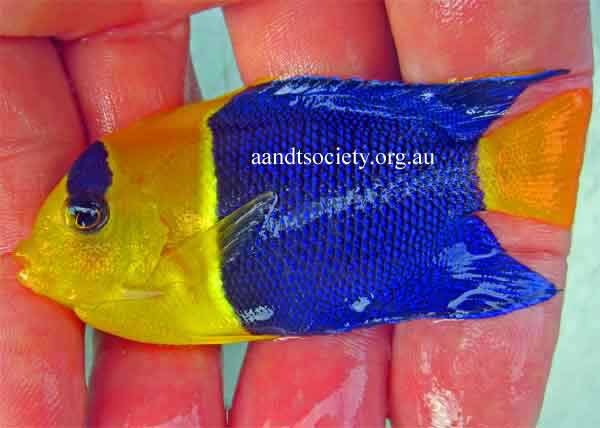 Chaetodontoplus meredithi or personifer angelfish.
Meredithi personifier
This Meredithi featured is the east coast version of the west coast personifer as they are very similar.
These do very well and eat most marine foods and may eat your corals, though they do have very small scales leaving them open to white spot attacks more so than most other families of angelfish.
They require waters no warmer then 25c and stable conditions.
Adult. 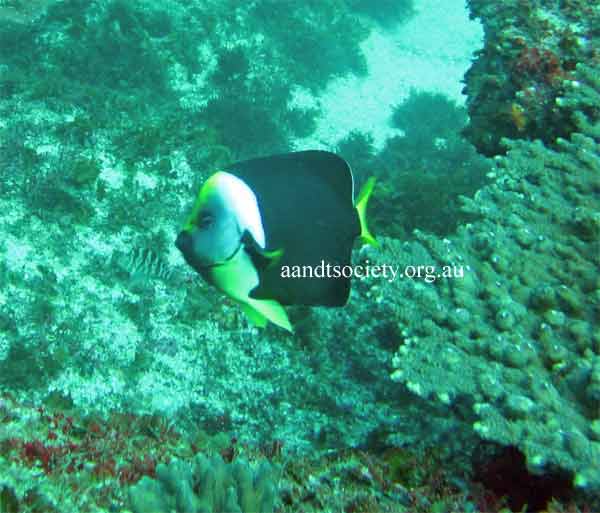 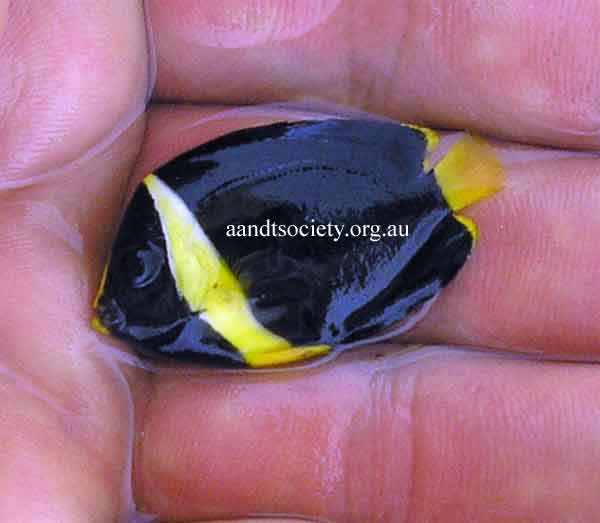 Centropyge bispinosus or coral beauty.
Quite common here in the south east and over all a very easy fish to keep using most marine foods.
These can be a little territorial to other fish and especially to other centropyge in the aquarium, these do not normally bother corals. 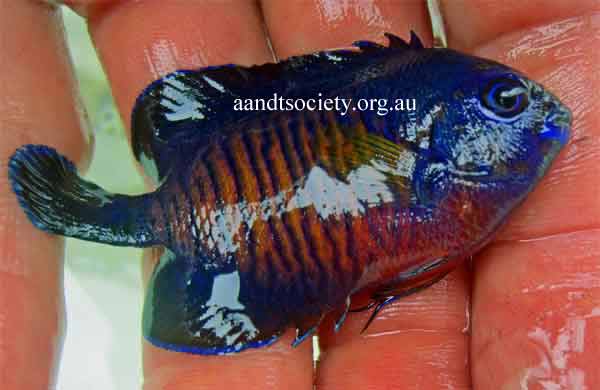 Pomacanthus semicirculatus or koran angelfish.
Very common in most seasons here in SEQ and with good conditions quite easy to keep and feed as well.
These can be a bit territorial to other similar angelfish and other fish in the aquarium,not reef safe!
Adult 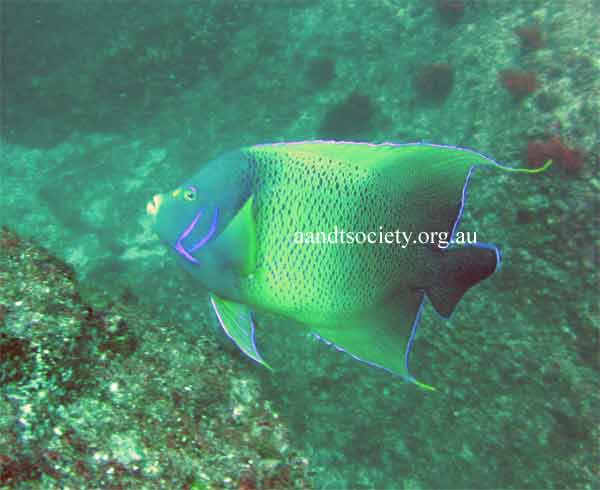 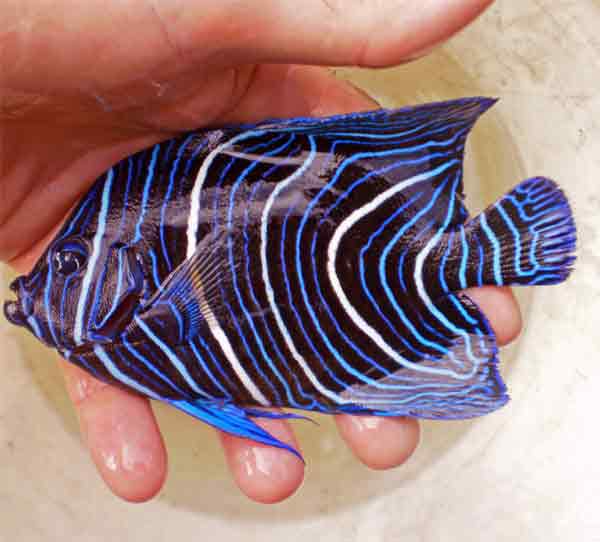 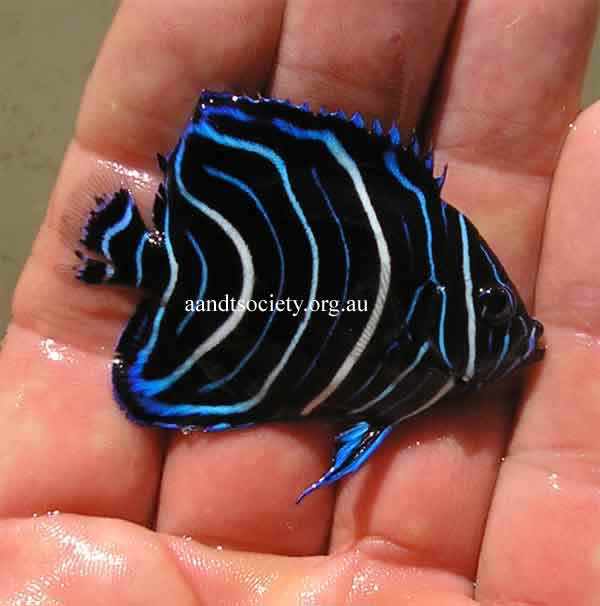 Centropyge tibicen or keyhole angelfish.
These are one of the weakest dwarf angelfish for the aquarium.
They do not normally bother corals and are not overly territorial to others. 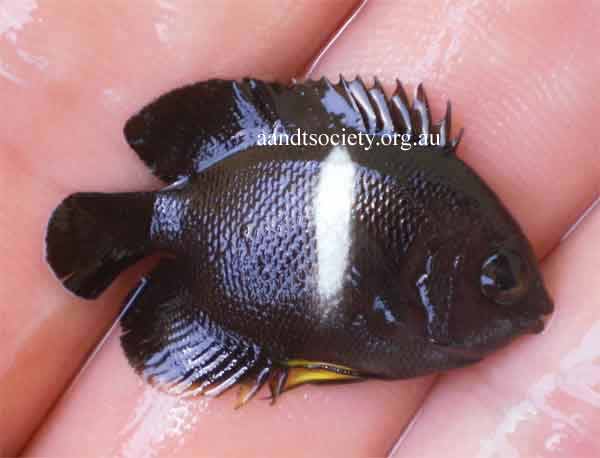 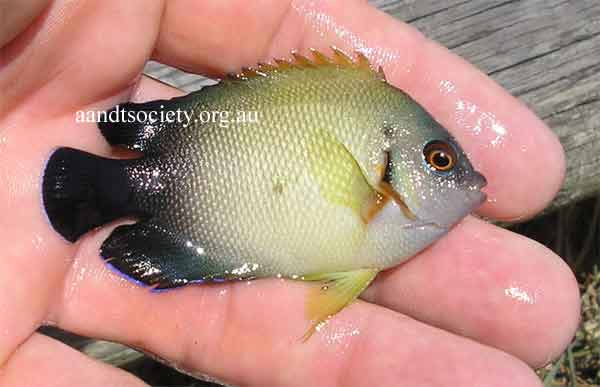 Lemonpeel centropyge
Not overly common here in the south east.
We find 3 to 20 of these per year over all the collectors in the area.
Very easy to keep on most marine fresh foods, also flake or pellet fish foods and varied forms of algae in their diet, they will potentially bother corals. 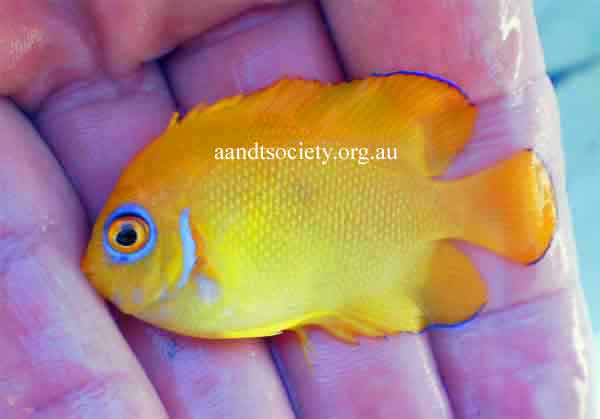 Centropyge flavissimus-vroliki hybred.
Quite common in estuaries, in shore reefs and outer reefs in SEQ.
Very easy to keep on a mix of algae and marine meats and they are a relatively nice natured fish, except to other dwarf angels as all are and do not overly bother corals 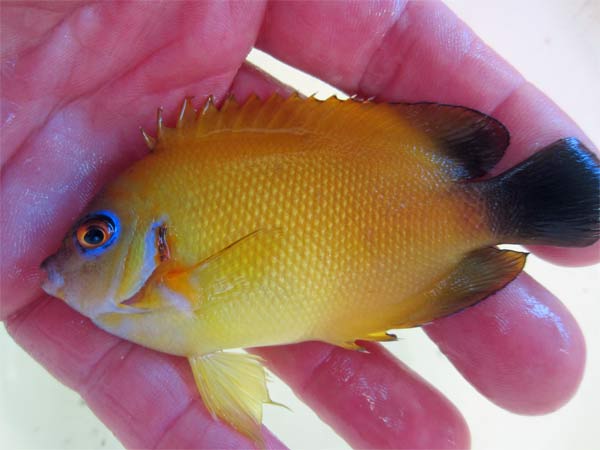 Centropyge flavicauda or damsel angelfish
Common along most of the east coast of Aus and very common in the southeast.
These fish will not overly bother corals and feeds on most any standard aquarium foods supplied, plus they get on well with most tank inhabitants. 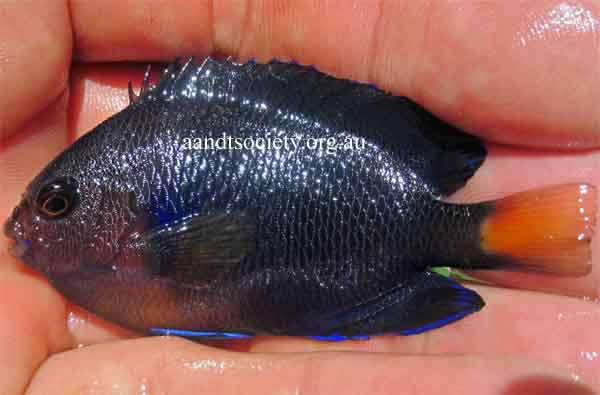