Tangs for the marine aquarium.
Firstly,a dori-blue tang isn't a tang, per say.
All are called tangs and or surgeon fish but it is a surgeon fish as are a few others and they are omnivores, not herbivores!
Herbivores bar two types are better.
Look at the mouth of the ones you want to buy, the blue tang and some others do not have extended lips you could say, though the powder blue is an exception to this, the rest are omnivores, the more extended lip types are herbivores, they are the go like cole tangs of the ctenochaetus group and most of the zerasoma group and paracanthurus are good as well.
With any tangs/surgeon fish they have very small scales that allow a little easier access to flesh for parasites and small gill plates, so if your waters are low in oxygen they will always be stressed and parasites that are always in your water no matter what you do, they will have ago at the fish.

Some of these tangs and surgeonfish may be classed as a finfish these days, making them illegal to take under their legal size. Check with Q fisheries to be sure.
Surgeonfish regulations collecting
http://www.daff.qld.gov.au/fisheries/species-identification/reef-fish/surgeonfishes

Pyroferus tang example of the one that mimics the flavissimus-lemon peel angelfish.

These are the two together, the tang still juvenile has faded slightly to being in a bucket together. 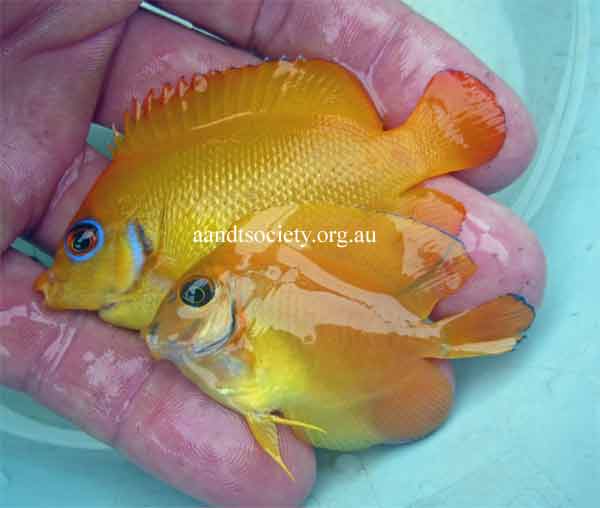 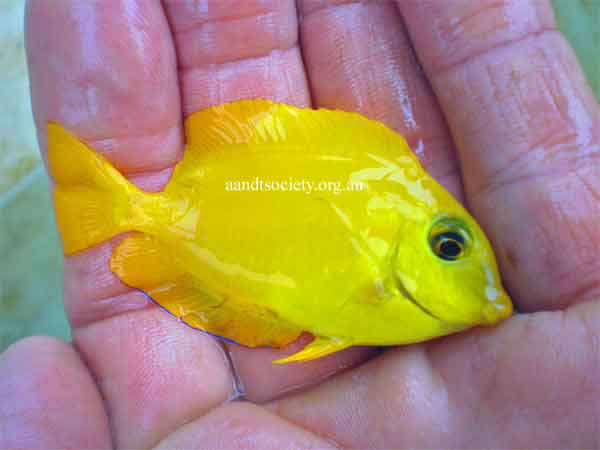 Acnathurus chronixis or mimic tang
Not overly common with this colour but does well in the aquarium and does not get that large.
Vroliki dwarf angelfish mimic. 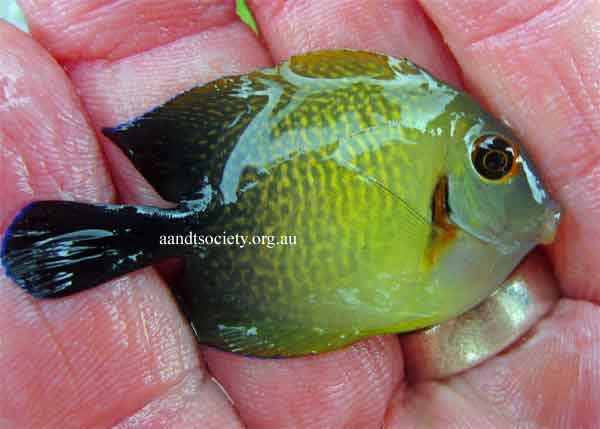 Acanthurus pyroferus or mimic tang.
This is a very good fish for the aquarium though the adult is not quite as pretty as the mimicing juvenile.
heraldi mimic juvenile 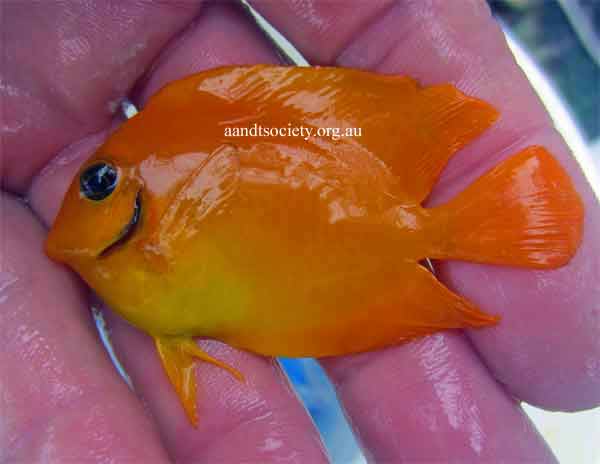 Video of a juvenile
https://www.youtube.com/watch?v=_FwMNVX42kw 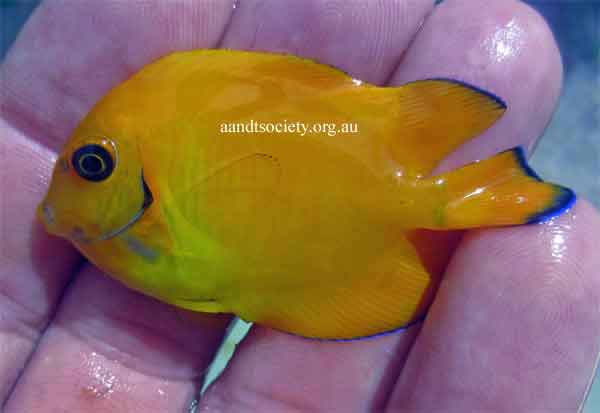 In the wild.
Until 4 to 5 inches in size they use the protection of acropora stags as cover and some where to wait out night.
Their mucus coating helps to protect them from the corals sting and to some degree this mucus will give a slight resistance against heteractis anemone sting. 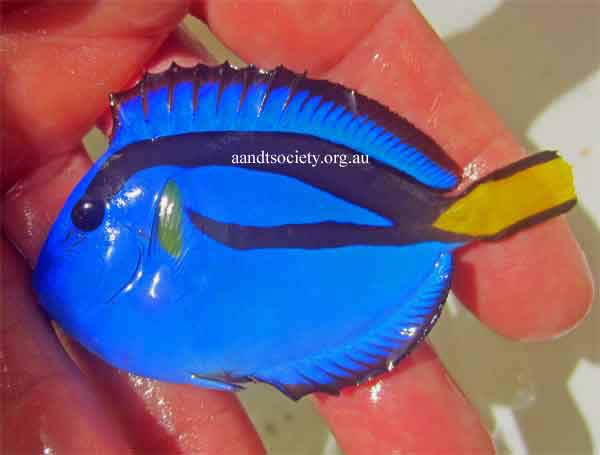 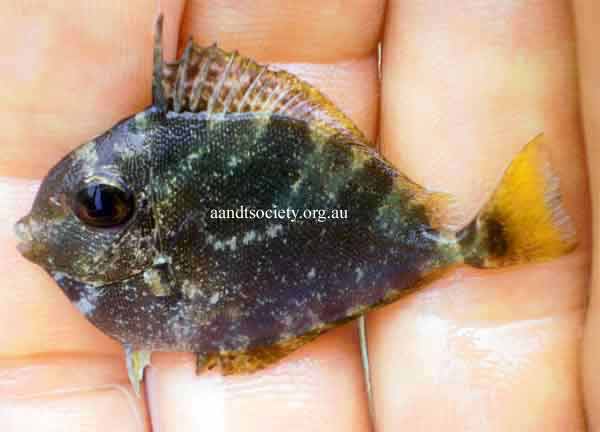 Acanthurus dussumieri-pencil surgeonfish.
These are cool water species and endemic to Australia.
If kept in waters not beyond 25c they do very nicely with most marine meats and algae,they favour cunjivoe and sushi wrap.
A Very young juvenile. 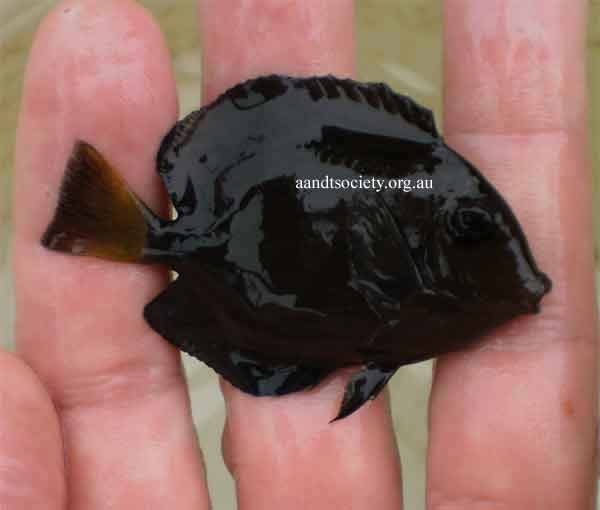 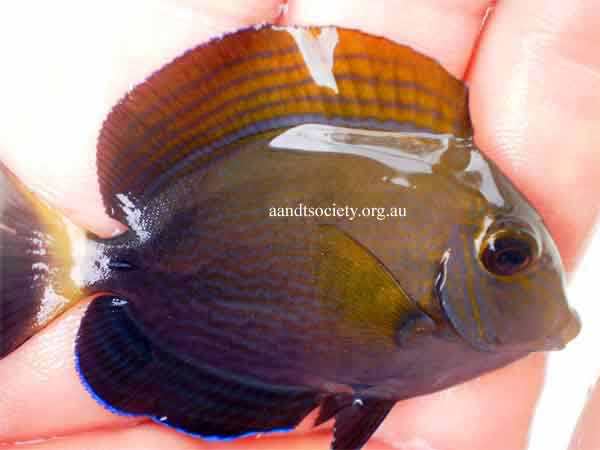 Zebrasoma scopaz-scopaz tang.
This is a sub adult
The scopaz is the near pergfect genetic match for the hawaiin version,flavescens.
Very common in SEQ and easy to keep. 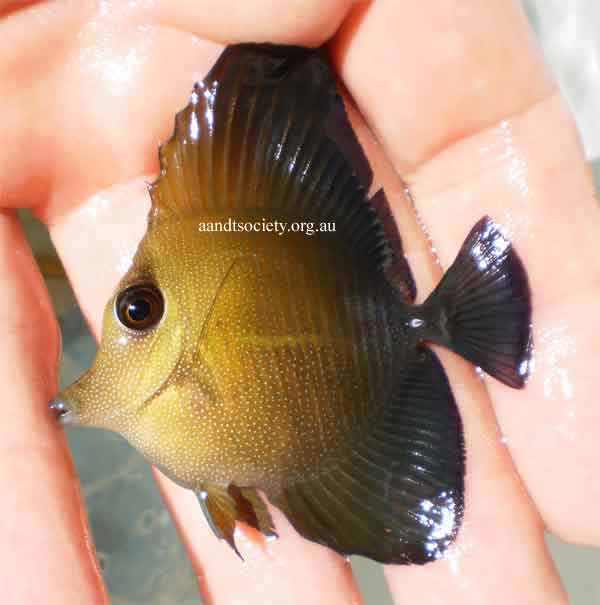 Naso lituratus-lip stick
This is a sub adult.
Very common and easy to keep. 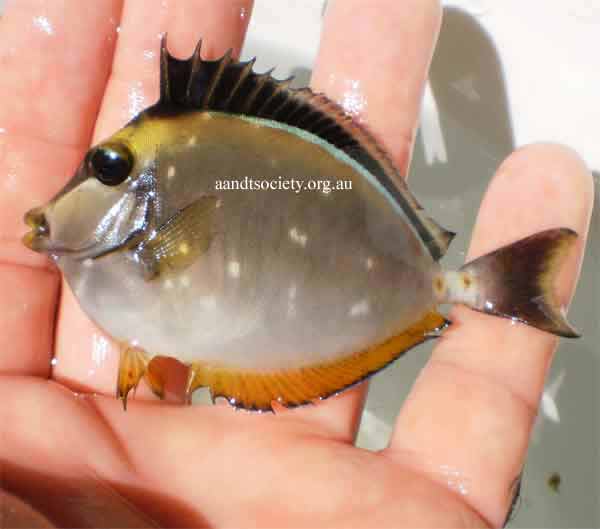 Acanthurus nigrofuscus-nick named cole tang.
This one is a sub adult.
Very common hiding amongst other schooling tangs and easy to keep on mostly algae types. 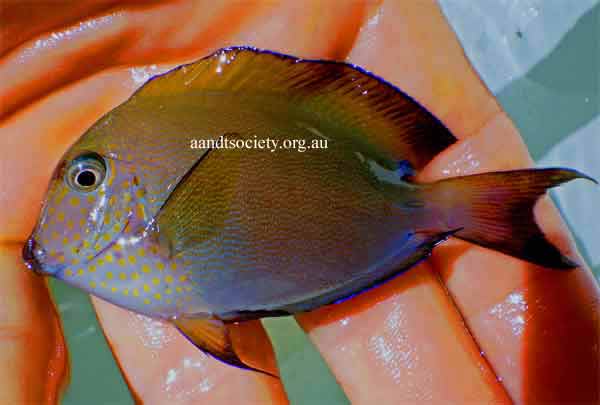 Acanthurus lineatus-clown surgeon.
This sub adult is very common in SEQ waters to 3 metres in sheltered reefs and estauries.
Hard to acclimatise,but easy to keep with a nasty nature. 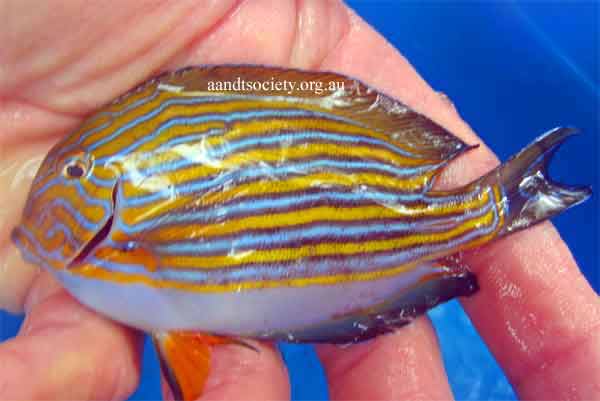 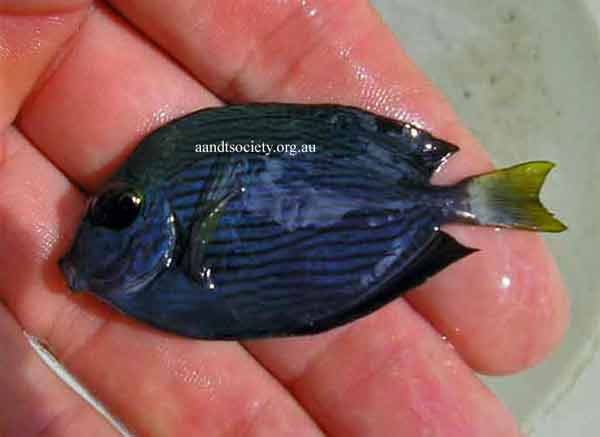 Acanthurus glaucopareius-White cheek tang or powder brown.
Very common in SEQ at all depths and areas.
Easy to keep once acclimatised to tank life and feeds on all marine meats and algae. 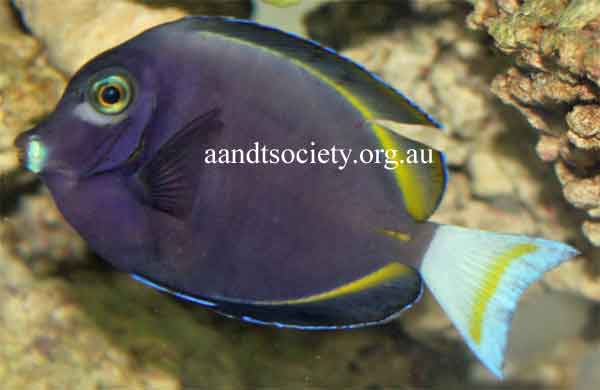