In the shire of Redlands on the bayside of Brisbane there is a creek area surounded by a major road and masses of houses and human activity.

This creek system was part of a large farming area of which the Redlands was famous for at one time.

There is a weir and a tiny section or two of rapids when there have been rains to make the creek flow and bring this quiet beautiful area to life.
When in flood which happens at least twice a year it can be a very good place for some surf ski exercise.

In these water ways are native freshwater mullet, heaps of guppies, large carp, billions of shrimp, some lung fish and at least one pair of platypus ,plus one or two other fish that I have no idea what they are.

The fishing here can be a bit of fun though the only really edible ones are the very large mullet you get on a line with some enhanced bread for bait, though for some reason you can catch them by using the small fish here as bait some times.

This is what it is like when in flood. 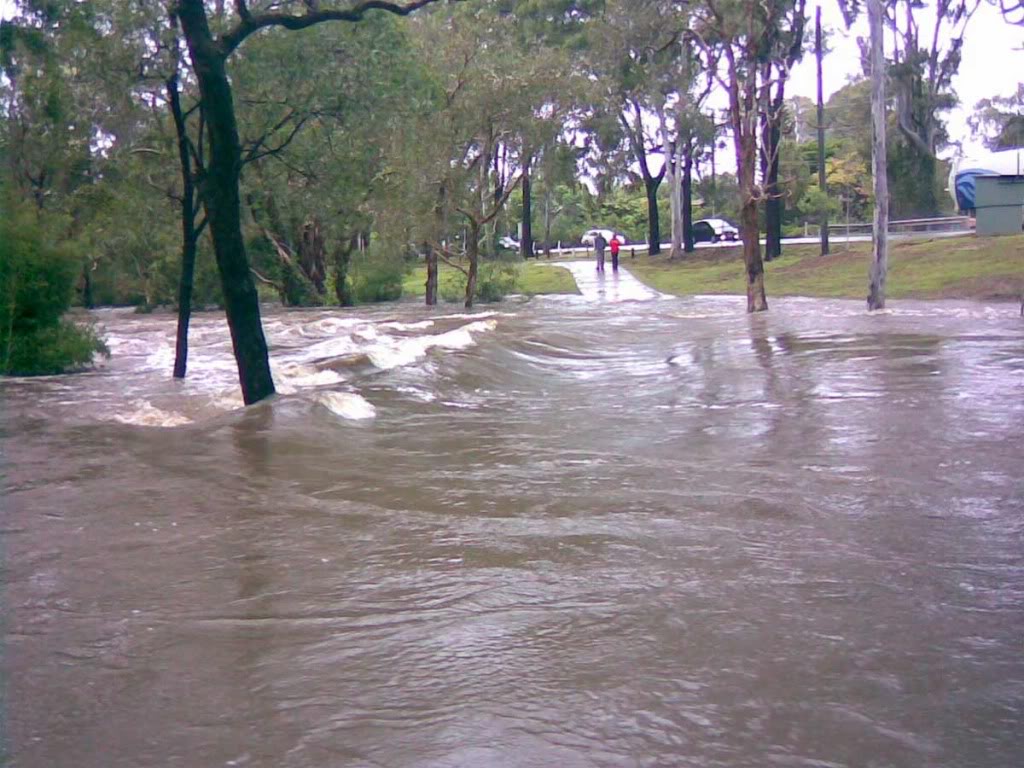 Some pics that show the beauty of the area. 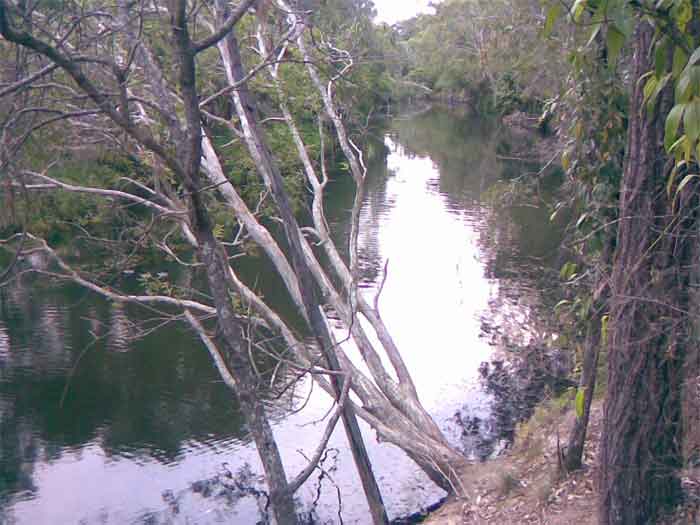 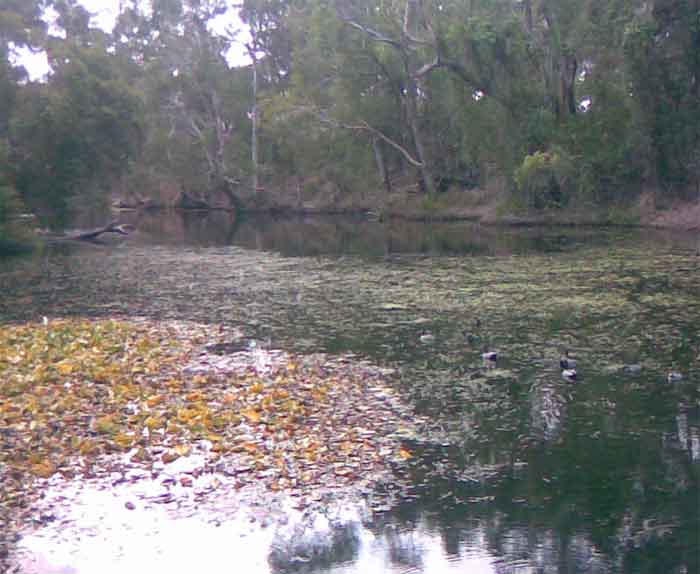 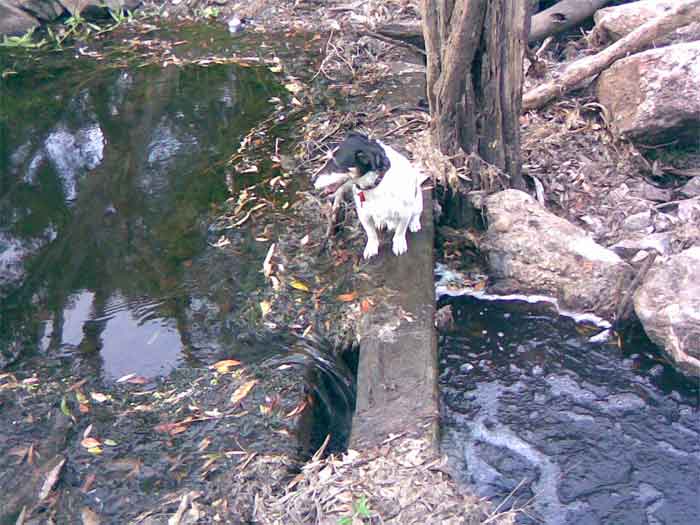 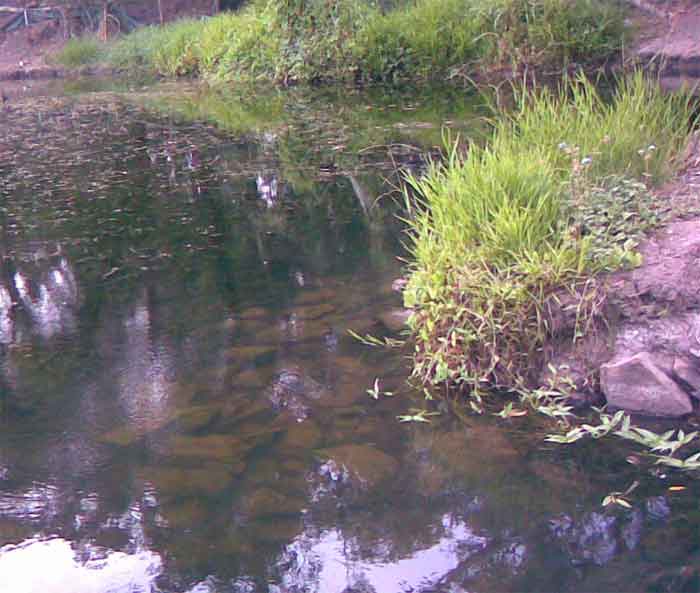 One of the Local bird life,there are many other forms of bird life here. 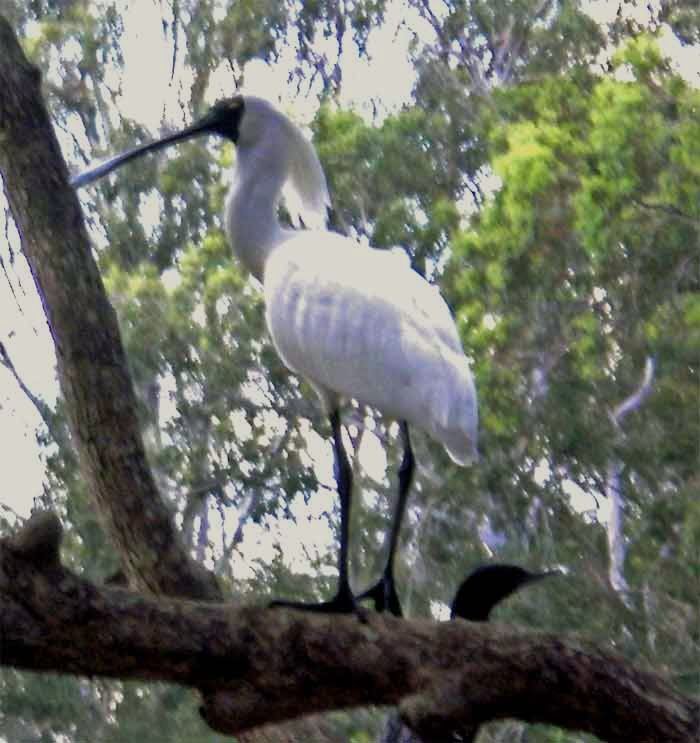 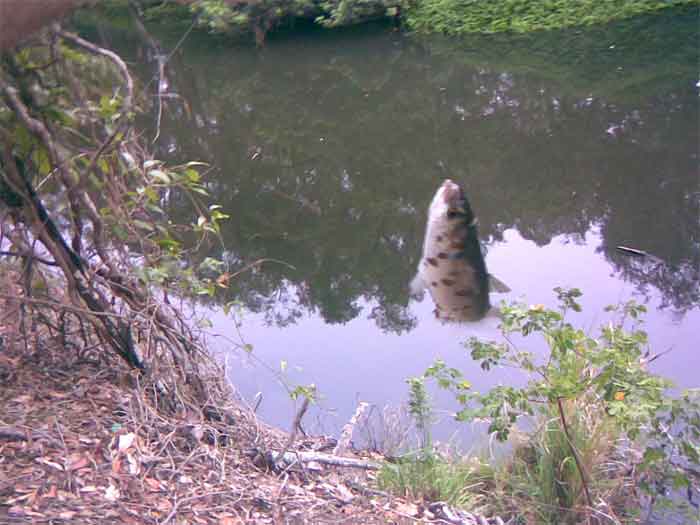 Some guppies for bait. 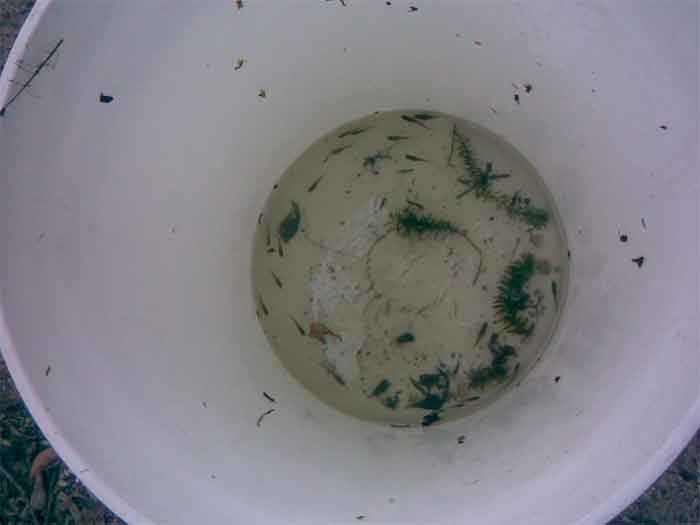